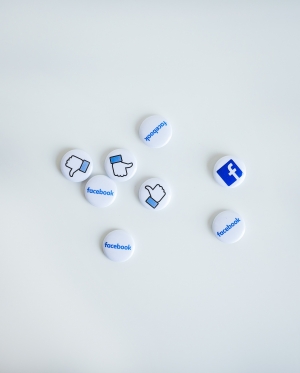 Libra has the potential to be a game-changer as Facebook's reach is unparalleled among social networks. The stablecoin might be able to boost financial inclusion globally by bringing millions of its users around the world into the digital financial system. At a minimum, Libra could make online payments smoother, especially cross-border transactions.

A consortium of firms - among them payments, tech, venture capital and telecoms heavyweights - will govern the virtual currency, which will be pegged to a basket of currencies to manage volatility. Facebook's partners on the initiative include Visa, Mastercard, PayPal, Uber, Lyft, eBay, Vodafone and Andreessen Horowitz, to name a few.

If Libra succeeds - and that's a big "if" given regulatory and consumer unease with Facebook's digital banking adventure - it might bifurcate the digital finance segment between China and the rest of the world similarly to what has happened in other digital spaces. China already uses different platforms for search, messaging, e-commerce and the sharing of photos and videos than the rest of the world. Libra isn't so much a direct threat to China's internet finance giants - Beijing isn't likely to embrace a Facebook-backed cryptocurrency anytime soon - as it is a response to both their impressive innovations and the limitations of ecosystems customized for use in China.

Indeed, China is watching all of this unfold from behind the Great Firewall. Chinese tech giants Alibaba and Tencent are today's fintech leaders, but their ecosystems only work for China. Even as they expand globally, their customers are primarily Chinese consumers who want to pay for transactions outside of China with Alipay and WeChat Pay. Non-mainland Chinese make up a negligible share of Alipay and WeChat users. That's why it's ironic when WeChat highlights its availability in 49 countries and regions. It's certainly not widely used by the citizens of 49 countries and regions.

By closing off its digital finance space, Beijing may jeopardize future Chinese fintech innovation. We might draw a comparison to the evolution of Google, which is global, and Baidu, which is used primarily in China. Despite Baidu's recent advances in artificial intelligence, on the whole Google has fared better as an innovator thanks in no small part to its global orientation. Google can achieve economies of scale easier with its global presence, and re-invest profits into cutting-edge R&D work. Because it operates globally, Google has exposure to a much wider variety of talent and ideas.

Some influential voices in China are urging Beijing to stay abreast of Libra's development - and not to miss out on digital finance opportunities. "With Libra, the US could obtain a significant first-move advantage in digital economic competition, and it will be hard for governments to block Libra's penetration within their digital economies," the state-backed Global Times said in a June commentary.

The commentary called for Beijing to "have more dialogue and understanding" about digital currency and even to encourage it. If that doesn't happen, "China could risk falling behind in the new financial landscape."

More in this category: « Revisiting the prospects of a digital renminbi Is Libra causing China to rethink its crypto policies? »
back to top