Digital yuan initiative puts pressure on U.S. to up its virtual currency game 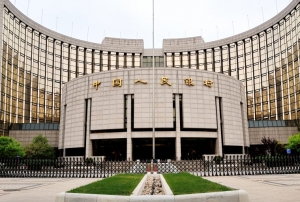 The Trump administration has not shown much enthusiasm for a sovereign digital currency so far. With China's advances in the area, however, Washington's stance could be set to change. In early February, a member of the United States Federal Reserve Bank board of governors said the Fed is researching and experimenting with distributed ledger technologies and their virtual-currency applications. Among the applications being explored is a central bank digital currency (CBDC).

Lael Brainard, who chairs multiple Fed committees, made the remarks at a speech during an event on payments held at Stanford University. Brainard noted that 80% of central banks globally are researching CBDCs. However, she stopped well short of endorsing a full-throated campaign to create a digital dollar, devoting considerable attention to the challenges and risks posed by digital fiat currencies.

In conclusion, Brainard said that "some jurisdictions may move in this direction faster than others, based on the particular attributes of their payments and currency systems. At the Federal Reserve, we will continue to analyze the potential benefits and costs of central bank digital currencies and look forward to learning from other central banks."

The most important "jurisdiction" moving rapidly towards a digital currency is China, whose policymakers have a freer hand than their U.S. counterparts to develop a CBDC. Last year, Beijing enacted a cryptocurrency law to provide a regulatory framework for the digital renminbi. Reportedly, China's CBDC is ready for trial.

Some analysts say that Washington needs to move quickly to develop a CBDC of its own, lest China become dominant in this nascent space. For its part, Beijing has made no secret of its disdain for "dollar hegemony" and is eager to develop ways to circumvent the dollar in the global financial system. Going the traditional route with the existing physical renminbi - which China has experimented with - is almost impossible without dramatic financial reform. Yet Beijing doesn't plan to let the yuan float freely or open its capital account anytime soon.

With a digital yuan, China might be able to create an alternative payments network that could evade U.S. oversight. That would come in handy for doing business with countries subject to U.S. sanctions, such as North Korea and Iran. In the long run, the dollar's preeminence in the global financial system could be weakened.

Trying to preserve dollar hegemony could be futile and should not be the primary reason for the U.S. to develop a CBDC. More importantly, the ascent of distributed ledger technology is real. The U.S. needs to push financial innovation at the national level and not merely rely in the private sector. Entrepreneurs and investors can build fintech unicorns but only the central government can develop a CBDC.

In that area, China is clearly ahead. Even if Beijing's motivations, markets and tactics are vastly different from America's, its focus should be instructive for Washington. Otherwise, the dollar is unlikely to be as prominent digitally as it is in traditional finance.