Chomping at the Bitcoin - a book by Zennon Kapron 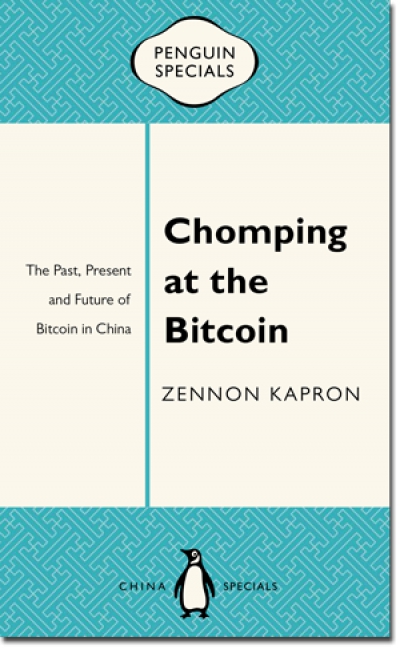 We are pleased to announce the release of Zennon Kapron's book on the Past, Present and Future of Bitcoin in China. "Chomping at the Bitcoin" will be released on the 25th of August. 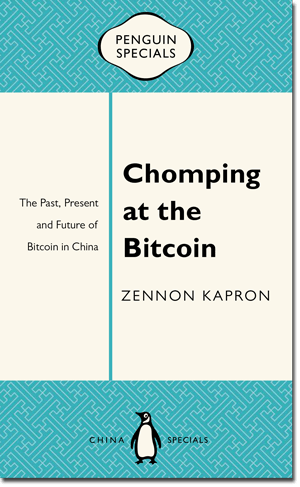 In May 2013, China’s main state-run broadcaster aired a documentary about a little known virtual currency called Bitcoin. Over the next six months, the value of Bitcoin rocketed as Chinese money poured in. Unfortunately for many latecomers, the rapid rise in Bitcoin’s price and popularity also attracted government scrutiny, causing an unforeseen and catastrophic plummet in value. In this China Special, finance industry expert Zennon Kapron investigates this mysterious digital currency and the far-reaching implications of its use in China and around the world.

Zennon Kapron has over twenty years’ experience in the finance and technology sectors and has lived in China for the last ten years. In 2007, he helped set up Kapronasia, a finance and technology market research and consulting firm, prior to which he worked at Citibank and Intel. He is regularly quoted in publications on Bitcoin and other financial technology trends. He has a BSc in Computer Science from Syracuse University and an MBA from INSEAD.

More in this category: « Bitcoin in China, where to go? China Bitcoin Exchanges 2.0 »
back to top