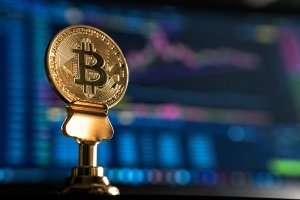 As China's paramount app, WeChat has a tremendous influence on online transactions of all kinds. Being banned from it doesn't bode well for the commercial prospects of any product or service.

To be sure, the new policy does not name virtual-currency trading as "illegal transactions," so for now there does not appear to be criminal liability for anyone found to be engaging in such transactions. However, in the new policy WeChat states that merchants using its service are forbidden from directly or indirectly participating in “any initial coin offering activities or operating virtual currency trading.” The company says that it will terminate its payment services for merchants found to be in violation.

Analysts say the new policy could adversely impact over-the-counter traders in China who use WeChat Pay to transact Chinese yuan. The Houli and OKEx exchanges both allow OTC market makers and individual users to exchange crypto to fiat and vice versa, Coin Desk notes in a May report.

At every step of this long crackdown, crypto enthusiasts have tried to find the light at the end of the tunnel. It's no different this time, as Coin Desk points out that WeChat's crypto ban pertains to registered merchants or corporate users, not individual retail users. Yes, that's true for the moment. And what are the chances that the ban will be expanded to include those retail users in the future?

We will say the chances are fairly high, because Beijing has no use for decentralized digital currency that's handy for money laundering and evading capital controls. The biggest benefit crypto has brought to China has probably been creating jobs for people in remote provinces like Inner Mongolia. Bitcoin mining isn't a bad gig when other opportunities are scant. Local governments liked the arrangement because they could collect revenue from the heavy electricity use. But those benefits hardly outweigh the risks in Beijing's eyes.

Still, some crypto bulls see the glass as half full. Binance CEO CZ Zhao tweeted: "This is a classic example of short term pain, long term gain. It is inconvenient for people short term, and they take a hit. But long term, it is precisely this type of restriction of freedom that will push people to use crypto. Not a bad thing."

Perhaps. But we see the situation as more akin to the Great Firewall. To be sure, some Chinese find ways to circumvent it, but the vast majority accepts the limitations it imposes. To do otherwise is simply troublesome.

More in this category: « Is China the world's blockchain leader? Revisiting the prospects of a digital renminbi »
back to top