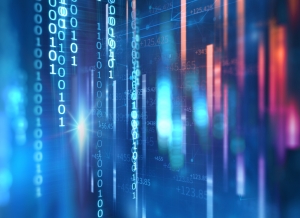 That statement is correct. Yet most of the requirements are mundane as far as Chinese cyberspace regulations go. For instance, blockchain firms will be required to register their names, domains and server addresses at the Cyber Administration of China (CAC) within 20 days. They must implement Know Your Customer procedures (real-name registration with a national ID or telephone number). Chinese authorities will be permitted under the new regulations to access any stored data they want from a blockchain company or its users - just as they can from other internet companies operating in China. Violation of the blockchain regulations could result in fines of RMB 20,000 to 30,000, or - if you're unlucky - prosecution by the CAC.

It remains to be seen how strictly the regulations will be enforced across industries. While it makes perfect sense to implement KYC procedures for blockchain-based lending services, what if a company is selling pizzas? Does that require KYC too? At the same time, if firms employ blockchain technology but aren't gathering customer data, is KYC essential?

What's getting the most attention so far is the requirement that blockchain firms adhere to China's tough censorship rules. MIT Technology Review opined in a report earlier this week that Beijing sought to "extend its Great Firewall to blockchains." But how is that a surprise? China long ago decided it would develop a self-contained internet that the government could control. Blockchain in China will almost certainly follow a similar path of development. After cracking down on cryptocurrency trading and mining, the Chinese government was bound to turn its attention to blockchain.

There is an air of astonishment to much of the English language coverage of Beijing's decision that suggests the freewheeling crypto community is out of touch with the Chinese government's views on distributed ledger technology. While crypto enthusiasts hail the technology's decentralized nature, Beijing has no use for it. The Chinese government does not want to facilitate anonymous transactions across a digital financial network it cannot control. On the contrary, Beijing wants blockchain to serve the government's purposes, whether that be maintaining the integrity of food supply chains or boosting efficiency within the official financial system.

That China didn't step in to regulate blockchain sooner does not signify a previously lax attitude. Rather, the government was taking time to understand the technology, how it could be deployed in the interests of the state and how it should be regulated. In August, a commentary in state-run Xinhua quoted the Ministry of Industry and Information Technology (MIIT) striking a cautious note on blockchain: "While the technology has brought benefits, it could also bring risks such as technical loopholes, and challenges to current systems and norms," the ministry said.

Meanwhile, the catalyst for Beijing to take action may well have been the publication of a banned article about China's vaccine scandal on the Ethereum blockchain last year. The investigative article described decades of malfeasance by vaccine maker Changsheng Biotechnology, which falsified data and sold bogus vaccines for children. Censors managed to scrub the article from the internet within a day of publication - they feared it would foment social instability - but the article later reappeared on Ethereum, beyond the censors' grasp.

More in this category: « As promised, China's government is monitoring OTC crypto transactions and one third is paid by Alipay China's Blockchain Regulation »
back to top