China's e-CNY wallet hits the app stores, but does it matter? 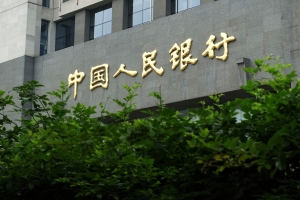 Earlier this week the People’s Bank of China e-CNY digital wallet showed up on Android and Apple App stores in China in what appears to be the government’s next push to get people to use the somewhat underused digital currency. Previously, the PBOC's e-CNY digital wallet app was only available as a ‘side-loaded’ app meaning that it had to be loaded manually by the user rather than installed through one of the official stores. This is a relatively trivial task on an Android phone where you just click on a .APK file, but somewhat more difficult in the Apple ecosystem.

Having the app available on the app stores will certainly make it more accessible to individuals and merchants across the country, but adoption of the e-CNY still appears to be slightly slower than the Chinese government would have liked. In many of the e-CNY pilots across the country, the government has incentivized individuals and merchants to use the platform with giveaways or rewards for loading the wallet and making transactions, but even with the incentives, adoption is slow.

One of the key challenges in the adoption and use of the e-CNY is the usability of digital wallets. We have talked about this before, but the e-banking platforms of China’s major banks are somewhat antiquated. To login to Kapronasia Shanghai’s corporate banking, we need to set our browser to run in Internet Explorer 8 compatibility mode and then need four passwords and two USB keys just to make a payment. One of the reasons that Alipay and WeChat Pay have been so successful are because of their great UX’s that make payments, and many other financial tasks, trivial.

The reasons for the traditional banks’ poor UX are manyfold, but largely boil down to a massive legacy architecture that most of China’s large state-owned banks have built up over decades. In the financial industry, we often use the metaphor of ‘putting lipstick on a pig,’ but nothing could be more apt in this case. You can launch a slick front-end banking interface, but at the end of the day, if the back-end systems aren’t fit for purpose, the experience is always going to be sub-par.

A significant part of Ant Group’s business pre-China fintech crackdown was actually helping banks to provide a better front-end experience. The paper we wrote in collaboration with Ant Group talks about the positive experience of the Bank of Nanjing. One continues to wonder if the regulators really understood all of these activities before they decided to crack down on big tech…

China’s banks also face a struggle for talent which has become a similar challenge for banks everywhere. There was a period when “fintech” was just kicking off that banks were cool places to work for newly minted engineers, but that’s no longer the case. Fresh grads would rather head for a large tech firm like Google or Facebook, and even those firms are struggling to keep talent.

Beyond the user experience, what is still unclear is what the PBOC’s long-term plans for their e-CNY wallet are. At this point, most of the large commercial banks in China have either launched a separate e-CNY wallet and/or incorporated e-CNY functionality into their main banking app. The PBOC had originally stated that the PBOC digital wallet would only be a temporary platform, presumably for the first couple of years after the launch of the e-CNY after which it would be decommissioned as the bank wallets gathered momentum. We continue to believe that once the e-CNY is inevitably available in the Alipay and WeChat Pay ecosystems, those apps will once again dominate the market. This is still a ways off, although you can get a Mybank or WeBank e-CNY digital wallet today.

The Beijing Olympics was supposed to be the coming-out party for China’s CBDC with locals and foreigners all using their e-CNY wallets for digital transactions in what was meant to be the world’s first cash-less Olympics. COVID has pretty much put a damper on those plans, but the Olympics will still be key for the e-CNY as if it goes smoothly, we will certainly see a larger push by the government to get more people using it. In the end though, just having it available on the main app stores likely won’t be enough to move the needle on user adoption. Until the CX issues are sorted out, it will be a struggle.

Tags:
More in this category: « The walls close in on China’s bitcoin miners
back to top