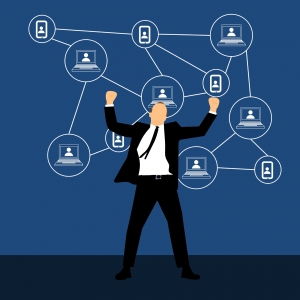 Here comes China's blockchain bandwagon, ready or not. The novel coronavirus may have slowed the Chinese economy down, but now that life is slowly returning to normal, blockchain hype is back. China currently has about 35,000 blockchain companies, according to information portal Tianyacha. In Guangdong Province alone, there are 20,000 of them. Even amidst the coronavirus pandemic, more than 2,000 new blockchain companies were formed between January and March, according to Forkast News.

Unsurprisingly, most of these firms are not focused on distributed ledger technology. Research by Forkast shows that just over 500 of them have a state-issued blockchain service filing number. Without one of those, a company is not a certified blockchain provider in China. China's 01 Think Tank found that about 1,000 of 30,000 blockchain firms in China are engaged in business that uses distributed ledger technology.

The vast majority of these companies are more interested in government subsidies offered to blockchain businesses - of which there are no shortage - than providing actual blockchain-based services. Despite blockchain's decentralized origins, in China, it is becoming a top-down, state-run initiative, for better or worse.

Chinese investors cheered as stocks of nearly 200 companies that invest in blockchain technology jumped around 8% on October 28, the first trading day after Xi's remarks were made public, according to East Money Information. That's significant because the maximum stocks can increase in China on a daily basis is 10% - and some did hit that threshold as well.

Speculation aside, China is beginning to adopt true blockchain solutions in the financial services sector. In March, the Chinese-language Chongqing Daily reported that about 20 banks in the giant municipality had used a blockchain-based trade finance platform, processing more than US$56 million in foreign trade transactions. The blockchain platform reportedly helps to streamline trade finance by automating certain processes, among them the verification of export receivables, tax documents and credit information.

Also in March, the People’s Bank of China (PBOC) received about RMB 32 million (US$4.7 million) in special funding from the central government to support its blockchain-based trade finance platform, which has about 35 Chinese banks as members. The platform offers a range of financial software packages to Chinese SMEs. As of December 2019, the platform had processed RMB 87 billion in transactions (US$12.4 billion), according to China's state media.

More in this category: « North Korea's crypto money laundering highlights tensions between US, China The cross-border challenge for China's CBDC »
back to top