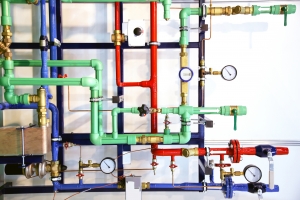 Decentralization of financial transactions is a non-starter for many governments, but especially China's. Beijing has a recurring capital outflows problem. When cash persistently leaves China for greener pastures, it begs the question of whether China's economy is as robust as official data suggest. Once Beijing realized that its citizens were using virtual currency to move large sums of money overseas, crypto was marked for death in China. Financial institutions have since been banned from dealing in digital assets.

At this year's Two Meetings, Wang Jingwu, director of the Financial Stability Bureau of the People’s Bank of China (PBOC), proposed that China establish a regulatory sandbox for financial innovation. Under his proposal, the PBOC would lead the rollout of the sandbox. The idea makes perfect sense. China doesn't want to kill fintech; it wants the industry to develop stably - without "disrupting" incumbents irreparably. That tends to be the case everywhere fintech sandboxes exist, including early adopters like Singapore and the UK. China differs from those countries in that it worries more about systemic financial risk and ensuring that the private sector serves sweeping state-directed policy goals.

In a March report, TechNode lists some of the blockchain-related proposals that were discussed at the annual Two Meetings this year. The ideas tend to align with central government policy. For instance, Cai Jinchai, Panpan Food Group CEO, suggested blockchain could be used (along with other emerging technologies) to build a platform that would monitor intellectual property infringement and protect IPR rights. Under President Xi Jinping, China has stepped up action against IPR infringement as its own companies increasingly have valuable assets to protect.

Zhang Jin, Cedar Holdings Chairman, suggested that blockchain could support a public service platform for supply chain finance, which would connect banks, state-owned companies, SMEs, logistics providers and other supply chain players. The platform could enable online sharing of credit information and trading of assets as well as support off-site supervision, he said. In recent years, Beijing has undertaken the construction of a massive credit information monitoring system. It welcomes blockchain in so far as it can help the government keep an eye on Chinese citizens.

In a September 2018 report, Decrypt Media noted that state-backed startup Thekey had used a decentralized computer network to connect the personal identity data (government-issued IDs, consumer habits and fingerprint data) of 210 million Chinese in 66 cities. Thekey said at the time it expected its biometric scanning network to cover 150 cities and the identity data of 660 million people within a year.

More in this category: « China steps in to regulate blockchain Is China the world's blockchain leader? »
back to top