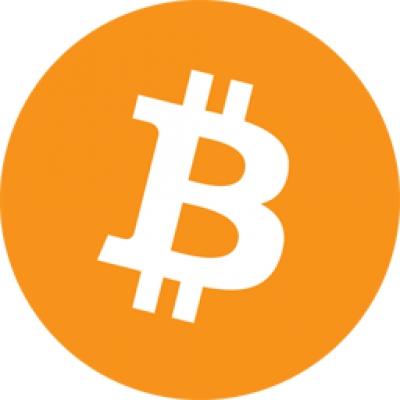 Seven months after the PBOC's crackdown on bitcoin exchanges in China and we're seeing a resurgence in talk about what Chinese bitcoin exchanges are doing and where they are going. While accusations of falsifying trading data and questions about bitcoin's future in China still abound, China's bitcoin exchanges want to move on and forget the past, but are they going in the right direction?

In December 2013, the announcement by the PBOC caught exchanges off-guard. Although they likely knew that the party wasn't going to last and the regulators would eventually make a move, the ensuing three months must have been stressful. Swapping banks, using personal bank accounts, running through an intermediary...all method of funding and withdrawal for Chinese exchanges was tried, but in the end, banks cut off relationships and China's exchanges have been stuck with a somewhat cumbersome voucher system that while not ideal, works.

For many of the exchanges, that was the end. The number of players in the market has dropped dramatically since the peak last year with many bitcoin businesses evidently concluding that the hassle just wasn't worth it. For the funded exchanges like BTC China and OK Coin, quitting wasn't really an option. They needed to move on. They needed to find new ways to grow the business - the investors demanded it.

This was expected. Of course facing difficult times at home in China, the first reaction of many exchanges was "we're going international". Ironically these pronouncements were initially about as vague as the People's Bank of China (PBOC) announcements that had made their life so miserable in the first place. And what did that actually mean? Location of exchange doesn't really seem to matter with bitcoin as long as they have banks to handle the fiat-currencies customers are looking to trade.

We've gotten more clarity around this as OK Coin and BTC China have announced the start of trade in USD - clearly trying to expand their customer base beyond home crowd (and those others not in China who have ways of getting RMB). The challenge for these exchanges is the same that tens if not hundreds of technology companies have found when they were trying to do the reverse by entering China: now they are playing in someone else's backyard and by someone else's rules. There are already a number of exchanges that have been incredibly successful in trading bitcoin in USD...and for several years. Can the Chinese exchanges compete?

You could argue that the Chinese exchanges have a technology advantage with platforms that are increasingly suited for high-frequency trading and more complex trading strategies, yet although these platforms do help attract a certain subset of traders, unrealistic views of the global market and arrogance remains, which could be their downfall. We have all seen the Chinese exchanges vehemently deny inflating numbers without providing any proof, which seems to satisfy themselves, but does nothing for any external parties. In addition, we were introduced in June to the Star Xu, OK Coin CEO, who is the new self-proclaimed "China King of Bitcoin". Facing challenges at home, demands from investors and a questionable international expansion strategy, it seems to be a bit of an odd time to instead be focusing on flippant PR (but at least you can say you were the King I guess...)

But it doesn't end there. Some of the new blood that exchanges have brought in also seem to have a similar hubris. Earlier this week we read a tremendously experienced new hire state: "[Exchange name] is the best exchange in the world so I joined them" and "all the China exchanges have the best customer service." Very scientific viewpoints indeed - but I guess if you're the hand of the King, you can say whatever you want (until Joffrey finds out...).

History should teach us to not repeat the mistakes of the past.

The problem with the international expansion strategy and focus on more platform enablement (like better algo trading) is that the exchanges risk creating the same problems globally that they created in China. The PBOC moved because they had to. Bitcoin had become a victim of its own success as an speculative tool in China. Contrast the regulation of Alipay with Bitcoin. Alipay and its contemporaries defined the market and became such a potent force in the online payments space that, although the PBOC isn't 100% happy with their business models, they had little choice but to accept them as they are so prevalent. Shut down Alipay and hundreds of millions of people are affected. Shut down China's bitcoin exchanges, maybe 100,000?

This is discussed a bit more thoroughly in Chomping at the Bitcoin, but had the exchanges focused on expanding the merchant network and creating bitcoin-enabled business models that weren't based on speculation, I believe that bitcoin would be in an entirely different situation here in China. Yes of course there are differences, between the centralized Alibaba driven Alipay and the decentralized virtual currency Bitcoin, but the level of financial innovation is the same. If it had been a mass-market tool rather than a niche-market speculation, things would be different.

OKCoin recently stated "we don't have any time to do things like wallets or payment processors" - basically because they are too focused on creating algo trading tools and new financial products based off bitcoin. While that's all well and good, it does very little to address the underlying issue with Bitcoin in Asia and globally right now: it's a speculative tool. Although the exchanges can likely make more money by continuing to focus on their knitting (and especially once they start charging fees) some focus on the underlying principles and real-life usage of bitcoin would be useful to ensure we can still have a conversation about bitcoin in a couple of years without having to consult wikipedia. Hubris and arrogance about who you are or why your exchange is the 'King' of the market gets us nowhere.

More in this category: « Chomping at the Bitcoin - a book by Zennon Kapron What you need to know about the Goldman Future of Finance report and Bitcoin in China »
back to top