Zhaopin, a late comer to the NYSE 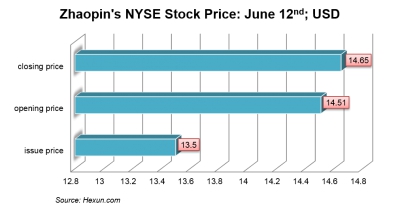 Shortly after Jumei Youpin, JD.com listed in US, Zhaopin, an online recruitment platform, listed on the NYSE on June 12th, 2014.

The issuing price was set at USD 13.5, however, the opening price increased 7.48% to USD 14.51. The total market capitalization was at USD 732 million at the end of the day. To a certain extent, such performance is a success for Zhaopin, since the company is not exciting as a growth story compared to JD.com and Dianping.com.

Established in 1997, Zhaopin had a long and hard way to its IPO. Its competitor, 51 job, went public much earlier in September 2004 on NASDAQ . It is said that Zhaopin’s hardships on its way to get listed are largely due to the management, who struggled to built up a balanced relationship with investors like Australia's Seek International Investments Pty. In this situation, it is a milestone for Zhaopin to be listed on the NYSE. However, whether management problems will be solved after the listing is still a question.

At the same time, the current wave of successful Chinese IPOs in US still doesn’t answer the main question of soundness of legal structure used by international investors to control the Chinese companies. The current Variable Interest Entity structure implies that investors have contractual rights to companies’ profits and not a direct ownership, since a direct ownership in many sensitive sectors is not allowed by the Chinese law. 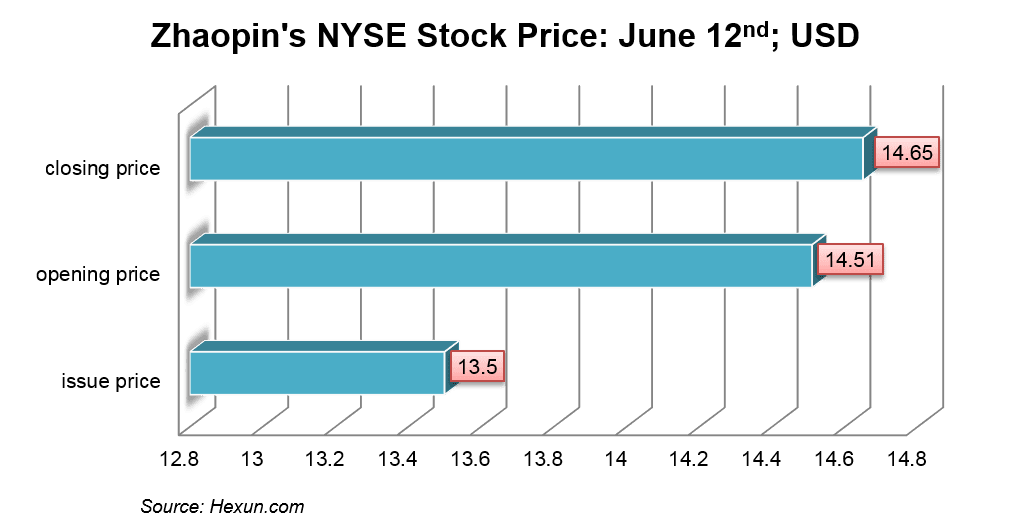 More in this category: « Why Did JD.com Suddenly Decide to List on NASDAQ? QFII Accounts continues to rise - confidence in a-share market? »
back to top