Will Macau launch a stock exchange? 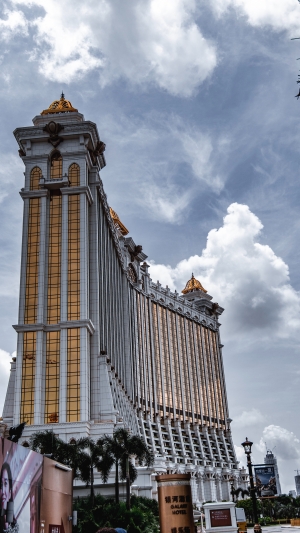 Since its return to China in 1999, the former Portuguese colony of Macau has become the world's gambling capital, with a casino industry far larger than Las Vegas's. Macau's huge gaming sector has helped the territory maintain strong economic growth over the past two decades, even during the global financial crisis of 2008-09. However, reliance on gaming exposes Macau to an unusually high level of financial crime risk. Despite government efforts to tackle the problem, Macau remains at high risk for money laundering.

Given Macau's money laundering travails, it may come as a surprise that the territory has plans to launch a stock exchange. After all, strong regulatory compliance is a necessity for any city with ambitions to become a financial center. It goes hand in hand with the rule of law. Neither Hong Kong nor Singapore could have become financial centers without both of these attributes. Nevertheless, He Xiaojun, director of Guangdong Province's Financial Supervision and Management Authority, said in October that Macau had submitted a plan to set up an RMB-based stock exchange to the central government. There is hope that the stock exchange will become “the Nasdaq of the People’s Republic of China," he was quoted as saying by TDM Chinese Radio.

Perhaps Macau officials see a chance to build up the territory's nascent financial sector amidst the instability in neighboring Hong Kong. It is anyone's guess when Hong Kong will calm down. And even if it does, it will be hard for the city to return to the old status quo.

Still, Macau is not an obvious destination for a stock exchange. Firstly, there is a question of need. Hong Kong is right next door. With its deeply liquid capital markets, the former British colony has been a favored destination for Chinese firms to list. As the Sino-U.S. trade war extends into the financial sector, the U.S. is gradually restricting China's access to American capital markets. Under this scenario, Hong Kong will be more important than ever to Chinese firms raising funds outside of the mainland.

While Macau does have offshore yuan deposits, the amount pales in comparison to Hong Kong's. Research by The South China Morning Post found that Macau's offshore yuan deposits totaled 51.1 billion patacas (Macau's currency) as of the end of August. That was roughly 7% of Hong Kong's 664.15 billion yuan (US$91 billion). Exchanging Macau's yuan deposits into Hong Kong dollars would be sufficient for just a half day's trading on HKEX, which averaged about HK$107 billion a day in 2018, The South China Morning Post notes.

At the same time, Macau has yet to develop the necessary best practices in the legal and financial services fields to support a large-scale stock exchange, analysts say. "Macau has a long way to go to establish the essentials," Clement Chan Kam-wing, managing director of accounting firm BDO, told The South China Morning Post.

While the success of the stock exchange plan is far from assured, Macau may push ahead with the proposal anyway out of necessity. The city's reliance on gaming and tourism from the mainland make it vulnerable to economic downturns in the world's second largest economy. When China's economy was growing at double digits in the mid and late 2000s, or even at 8-9% (not so long ago) that wasn't a big concern. But China's economy grew at just 6% in the third quarter, and could further decelerate in 2020. In August, Macau's gross gaming revenue fell 9% annually to US$3 billion, the largest monthly decrease since June 2016, according to the Macau Gaming Inspection and Coordination Bureau.

Beijing may sign off on Macau's proposal for a yuan-denominated stock exchange by mid-December, which would coincide with the 20th anniversary of its return to China, according to the Chinese-language Sina Finance news site.

More in this category: « Why is Nasdaq increasing scrutiny of small Chinese companies' IPOs? Ant Financial IPO said to be back on track »
back to top