Will Chinese stocks be able to remain listed in the US? 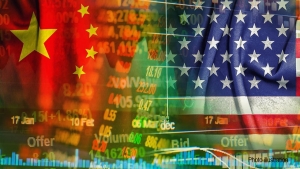 There is a growing list of Chinese companies that could be forced to exit U.S. stock exchanges under legislation passed in 2020. The legislation requires all public companies in the U.S. to comply with auditing requirements that Chinese companies have resisted due to Beijing’s own state secrecy laws. On March 30, the Securities and Exchange Commission (SEC) added Baidu to the list. A total of 11 Chinese companies facing delisting have been named so far.

The SEC’s publication of the list signals that the U.S. will not easily compromise on this important financial regulatory matter. In mid-March, U.S. regulators said the belief a deal would be reached was “premature” and told The Financial Times in an email that “full access to relevant audit documentation” was “not negotiable” for the U.S.’s Public Company Accounting Oversight Board (PCAOB).

During negotiations, Beijing reportedly mooted the idea of permitting limited access for foreign accounting regulators with a “red light, green light” system. Under that scenario Beijing would only block access (red light) to “sensitive” information that it considers pertinent to national security. The rest would fall under the green light category. The problem is that the US PCAOB wants full access to Chinese companies’ audits, including in “sensitive” industries.

“There have been thoughtful, respectful, productive conversations, but I don’t know where this is going to end up,” SEC chairperson Gary Gensler told Bloomberg in late March. “It’s up to the Chinese authorities, and it could be frankly a hard set of choices for them.”

We are skeptical about the prospects for any compromise that does not allow U.S. inspectors full access to the audits of Chinese firms given the political stakes for Washington. After all, Congress passed this legislation with Chinese companies in mind. Case in point: The abrupt delisting of Luckin Coffee from the Nasdaq in June 2020 after its accounting fraud was revealed highlighted the concerns U.S. regulators and others like Muddy Waters have long had about the accounting practices of some U.S.-listed Chinese companies.

Overall, about 270 Chinese companies with a market capitalization of US$2 trillion are listed in the US. They have not been performing especially well. The Nasdaq Golden Dragon China Index, made up of firms whose common stock is publicly traded in the US and the majority of whose business is conducted within China, has lost about 53% its value over the past year.

The law aims to pressure Chinese companies to comply with the rules of U.S. capital markets - which have been instrumental to their global fundraising efforts - and better protect the interests of American investors. The law offers what is in effect a three-year grace period to give companies a reasonable amount of time to comply, not for any other reason. If Chinese firms were seen to be receiving a reprieve, U.S. lawmakers would object.

Nevertheless, the China Securities Regulatory Commission (CSRC), said on April 2 it would revise confidentiality laws that forbid overseas-listed Chinese firms from providing sensitive financial information to foreign regulators. The CSRC said that existing rules, last updated in 2009, were outdated. Should China go through with this policy reversal, it is possible that a framework will be created that allows American regulators to review company audit files. New draft rules eliminate the requirement that Chinese regulators are primarily responsible for the inspection of the financial statements of overseas-listed Chinese firms.

The changes will facilitate “cross-border regulatory co-operation including joint inspections . . . for the protection of global investors," according to a CSRC statement cited by FT.

The optimism expressed by Chinese regulators could augur well for a compromise. However, in the weeks ahead, we will be looking for signals from U.S. regulators that they feel confident China's plan to revise confidentiality laws will be adequate to address their concerns. For now, the situation remains highly fluid and uncertain.

More in this category: « Assessing the Beijing Stock Exchange’s prospects
back to top