Why is Nasdaq increasing scrutiny of small Chinese companies' IPOs? 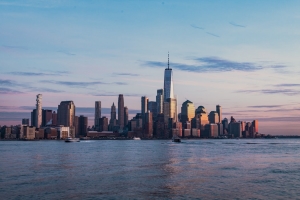 In a sign of increasing tensions between the U.S. and China in the financial sector, the Nasdaq is tightening scrutiny of small Chinese companies' IPOs. These firms usually raise most of their capital from Chinese investors rather than American ones. The shares of these companies tend to trade thinly once they've gone public, limiting their appeal to large institutional investors - on whose interests the Nasdaq focuses.

Data compiled by Dealogic show that shares of Chinese IPOs that raised $200 million or less have traded down 38% on average since their IPO through July 31 in the last 18 months, Reuters reported in September. The shares of U.S. companies of the same size rose 13.9% by comparison.

Nasdaq may implement new listing rules could deter some of these Chinese firms from listing in the U.S. In June, the stock exchange said that it may delay the listing of a company in the U.S. that fails to demonstrate sufficiently close links to the United States' capital markets, such as lacking shareholders, operations and management in the country.

Nasdaq has already made some adjustments to its listing rules that could affect Chinese firms. Those include increasing a stock's average trading volume requirements and requiring that at least 1/2 of a firm's shareholders invest at least $2,500 each in an IPO.

Incremental tightening of listing rules could ultimately have a more substantive impact on the prospects of Chinese firms in U.S. capital markets than Congressional legislation or rumored forced delistings mandated by the White House. Indeed, legislation could be jettisoned or watered down. U.S. President Donald Trump may (almost certainly will) change his mind about the issue.

But Nasdaq's moves are designed to boost transparency without backing Chinese firms or Beijing into a corner. They don't target China specifically, but affect Chinese firms who may not be playing by Nasdaq's rules.

Further, a U.S. listing allows them to cash out in U.S. dollars, which China's capital controls ordinarily prevent them from easily accessing. Being listed on the Nasdaq can also help persuade China-based lenders to fund the companies. Local governments may also provide them with subsidies once they are publicly traded in the U.S.

More in this category: « To delist or not to delist: Chinese companies on U.S. stock exchanges Will Macau launch a stock exchange? »
back to top