Why is Lufax planning a U.S. IPO? 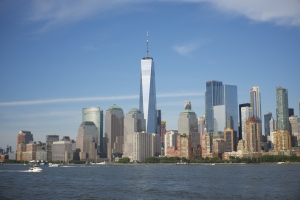 Amid clouds of a U.S.-China financial war, Hong Kong is fast becoming the default for Chinese fintech IPOs. The former British colony offers liquid capital markets both close to both home and global investors. But there are exceptions. Lufax, one of China's largest online wealth management platforms, is reportedly instead eyeing a New York IPO that could raise up to US$3 billion. If Lufax moves fast, it can list in the U.S. before new rules go into effect that may prevent Chinese firms non-compliant with American accounting standards from listing on U.S. exchanges.

At first blush, Lufax appears to be swimming against the tide, even if it can minimize delisting concerns. A closer look tells a different story. On the one hand, Ant Group's IPO needs to be considered. The fintech giant plans to list both in Hong Kong and on the red-hot Shanghai Star board. Lufax would prefer to not list in the same locale as Ant, lest it be overshadowed by a massive IPO in which Ant will seek a valuation of US$200 billion.

At the same time, Lufax's investors see the U.S. as the best bet. Most of its institutional investors are foreign and would prefer to list in the U.S. during this political climate, even if Hong Kong or Shanghai may offer a better valuation. Lufax's individual investors, meanwhile, include heavyweights at its parent company Ping An Insurance Group. They would prefer to cash out in U.S. dollars in the U.S.

Indeed, the world's most liquid capital markets maintain their appeal for some Chinese firms. According to Refinitiv, Chinese companies have raised US$5.23 billion in U.S. IPOs thus far this year, compare dto US$2.46 billion during the same period a year ago.

Lufax filed for its U.S. IPO one trading day after Chinese online property firm KE Holdings and electric vehicle maker Xpeng. Both of those companies plan to list on the New York Stock Exchange.

As for delisting concerns, the U.S.'s Presidential Working Group on Financial Markets recommended on August 6 that Chinese IPO candidates in the future allow U.S. inspectors to review their audit records as a requirement for listing. Since Beijing considers those records "state secrets," Chinese firms would struggle to comply with the condition and likely eschew U.S. capital markets.

Analysts say that the Securites and Exchange Commission's implementation of the edict may take 30-60 days.

With that in mind, a Lufax adviser told Nikkei Asian Review: "Time is of the essence and we are racing ahead to ensure the transaction goes ahead smoothly."

More in this category: « Shanghai's STAR board shakes up China's capital markets Suspended Ant IPO creates uncertainty for Chinese fintechs »
back to top