Why is Alibaba planning a primary listing in Hong Kong? 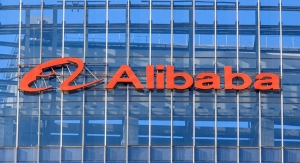 U.S.-China financial decoupling has been happening in slow motion and sometimes appears to be leveling off, allowing some observers to stay optimistic. In reality, however, it will not be easy for American and Chinese regulators to agree on a deal that allows Chinese firms to remain listed on U.S. stock exchanges. With that in mind, Alibaba recently announced it will pursue a primary listing in Hong Kong.

Alibaba well exemplifies how the U.S.-China financial relationship has changed. Its blockbuster 2014 listing on the NYSE, then the largest IPO of all time, marked the triumphant debut of Big Chinese Tech on the global stage. Though JD.com had listed a few months earlier, it was Alibaba’s debut that made the bigger splash. Alibaba’s swelling market capitalization in the ensuing years, coupled with its strong performance across different business lines, seemed to validate the idea that Chinese technology firms could go global and that the best way to do it was to tap the deep liquidity and prestige of America’s capital markets.

Yet geopolitical tensions between the U.S. and China intensified following the start of the trade war in 2018. Though U.S. regulators had been unhappy with Chinese firms’ failure to accept audits, and had even delisted 26 of them 2011 for problematic accounting practices, a large-scale delisting of Chinese companies from the Nasdaq and NYSE was not considered likely until the twilight of the Trump administration.

To be sure, Alibaba remains listed on the NYSE and has not announced any plans to change that status. However, Alibaba filed its annual financial report in a form 20-F to the U.S. Securities and Exchange Commission (SEC) this year. Filing in this manner may indicate that Alibaba will eventually be added to the SEC’s list of firms at risk of removal from U.S.  exchanges, according to Bloomberg.

Meanwhile, Alibaba already carried out a successful secondary listing on the HKEX in 2019, raising US$11 billion. That deal paves the way for a Hong Kong primary listing (the secondary listing would be converted) which will let Alibaba access the Stock Connect link with the Shanghai and Shenzhen exchanges. Such a linkage would give the Chinese internet giant better access to investors in mainland China. Following a rule change by the HKEX in January, Alibaba is considered as an “innovative” Chinese firm eligible for dual-primary listing in Hong Kong,

“Hong Kong is also the launch pad for Alibaba’s globalization strategy, and we are fully confident in China’s economy and future,” Alibaba chairman and chief executive Daniel Zhang told reporters, adding that the primary listing in the city would provide the company with a "wider and more diversified investor base.”

Alibaba is expected to complete the primary listing in Hong Kong by the end of 2022, though an exact date has yet to be announced.

More in this category: « China's capital markets have reached an inflection point Why are Chinese firms listing shares in Switzerland? »
back to top