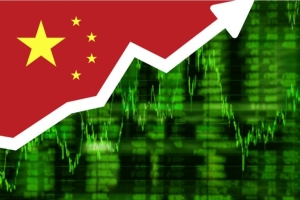 2022 was a year of mixed fortunes for China in many respects – but not in the case of its IPO market. Despite the trials and tribulations that the zero-Covid policy brought to China, listings on the Shanghai and Shenzhen stock exchanges hit a new high. Nearly 400 firms are estimated to have gone public on China’s exchanges in 2022, raising a record RMB 560 billion (US$80.4 billion), an increase of 3% over 2021, according to PwC.

PwC reckons there are several reasons for the strong performance of China’s IPO market last year: the resilience of the Chinese economy, the emergence of many tech firms and the return of large red-chip companies listed overseas to mainland stock markets.

In addition, mainland China underwent policy easing in 2022 at the moment rising borrowing costs put a damper on listings in Hong Kong, while the Chinese property market performed poorly. Investors who might have chosen to put their money into real estate thus took a greater interest in the stock market than in the past.

It is a similar story in Shenzhen. 145 of the 190 IPOs on the Shenzhen bourse were on the Nasdaq-style ChiNext Board, raising RMB 176.5 billion.

Bloomberg notes that 9 of the 391 debuts in mainland China in 2022 raised more than US$1 billion, accounting for about 40% of such deals of that size or bigger globally. Hong Kong was second globally with 3 US$1 billion+ listings, New York had two and Europe only one – in Germany.

In some respects, the IPO boom in China was predictable. Trade tensions with the U.S. that began rising during the Trump administration have caused the exit of some Chinese companies from U.S. stock exchanges. They have impetus to list on the mainland rather than in Hong Kong given the Chinese government’s active push to build up domestic capital markets. The exit may become an exodus if U.S. and Chinese regulators do not reach a consensus on the auditing of U.S.-listed Chinese firms. It appears that a compromise has been reached for the moment, but it is unclear if the deal will hold.

Some of the largest deals early in 2022 occurred due to the strained U.S.-China relationship. State-owned juggernauts China Mobile and CNOOC both listed in Shanghai after being kicked out of the U.S. market following their inclusion on a blacklist created during Donald Trump’s presidency. In China, they raised US$8.6 billion and US$5 billion, respectively, and are trading well above their listing prices.

Chinese banks were also big beneficiaries of the IPO boom on the mainland last year. Data compiled by Bloomberg show that CITIC Securities surpassed Goldman Sachs Group. as the top underwriter of IPOs in 2022, followed by China International Capital Corp. Mainland banks have not held the first two spots in more than two decades.