Why are Chinese firms listing shares in Switzerland? 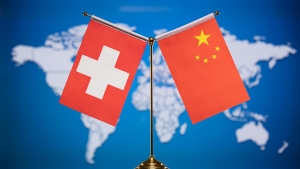 We have heard a lot about Chinese companies potentially delisting en masse from the U.S.’s capital markets. Without an eleventh-hour deal between the US and China, that may be inevitable. The paramount long-term trend, however, is where they will go in the first place to raise capital internationally. Hong Kong is the most obvious choice, but there are also options in Europe thanks to the establishment of stock connect programs. To that end, with the launch of the China-Switzerland Stock Connect four Chinese companies have listed on the Six Swiss Exchange.

Despite significant government efforts to boost mainland China’s capital markets, the Shanghai and Shenzhen exchanges remain limited as centers of international fundraising given the tight controls Beijing imposes on the Chinese financial system. This will not change anytime soon because the controls serve important political as well as financial purposes.

Nevertheless, certain Chinese companies have a need to raise cash from international investors. With the New York window closing, other stock exchanges will step in to fill the void. The listings happening in Switzerland are not traditional IPOs, but rather a new channel for firms listed on mainland China’s A share market to raise capital internationally. The China Securities Regulatory Commission (CSRC) supports Chinese companies' efforts to use global capital markets "to grow their business worldwide," CSRC vice chairman Fang Xinghai said at the launch of the Chinese-Switzerland Stock Connect.

The four firms— GEM, Gotion High-tech, Keda Industrial Group and Ningbo Shanshan — issued global depositary receipts (GDR) on the Six Swiss Exchange as part of the newly launched China-Switzerland Stock Connect program with the Shanghai and Shenzhen exchanges. The four companies operate in new energy or manufacturing, not coincidentally sectors that Beijing is supporting strongly. China's leadership has emphasized on several occasions the importance it places on the so-called "real economy" as compared to the internet economy that does not produce anything physical.

Battery maker Gotion High-tech Co raised US$685 million from the offering. This performance made it the largest among the four listings by Chinese companies on the Six Swiss Exchange as well as the largest equity financing project issued in the Swiss market so far this year.

Overall, the four Chinese firms raised a total of $1.6 billion on Switzerland’s Six Swiss Exchange. At least six other Chinese firms have said they plan to list in the country in the future. Also in play for some Chinese companies is the Frankfurt Stock Exchange, which was included in February as the expanded stock connect program. No Chinese company has yet listed on that exchange.

More in this category: « Why is Alibaba planning a primary listing in Hong Kong? US and China make progress on averting stock delistings »
back to top