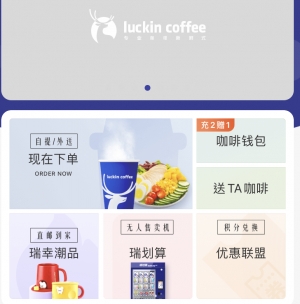 In early April, China's Starbucks rival Luckin Coffee was revealed to be a paper tiger. The company that was supposedly giving the U.S. coffee giant a run for its money in the world's largest consumer market had literally fabricated its success. To be sure, Luckin's 4,500 China stores - exceeding Starbucks' 4292 - were no mirage. But the company's sales figures were bogus. On April 2, Luckin publicized the results of an internal investigation showing RMB2.2 billion (US $311 million) in fraudulent sales from the second to the fourth quarter of 2019.

Flush with capital from VCs and other investors, Luckin reached unicorn status in just over a year. During that time, Luckin expanded at a torrid clip across China, rolling out a retail store network that outstripped the one Starbucks spent years developing. Luckin's market capitalization surged to US$12 billion in January, even though the company was still booking a net loss.

For years, tech startups and their deep-pocked backers have clung to the mantra that bigger is better. Investors bet big. Startups scale up first, and ask questions later. Going big has a downside though: The bigger they come, the harder they fall. News of Luckin's accounting fraud sent its share price plummeting. By the end of trading hours on April 2, the company's market value had fallen to just US$5 billion, a loss of 75%. Since then, the company's shares have slid even further.

The secret to Luckin's ostensible success was a favorite of cash-burning startups the world over: Subsidize consumer purchases. That works well as long as the gravy train keeps running. When it gets derailed, consumers often discover the value proposition is not compelling. In contrast, Starbucks did not succeed in China by making coffee (or its popular tea beverages) dirt cheap - quite the opposite. It factored the atmosphere of its stores and the lifestyle the brand represented into the purchase price, and gradually built a following.

While Luckin is not a fintech firm, its growth-before-profits approach has been widely adopted among preeminent and would-be challenger banks. Investors have continued to inject capital into loss-making digital banks like Revolut, Monzo and N26. Ditto for the ride-hailing giants that want to rejig themselves as digital banks, like Grab and Gojek. Many of these firms rely on subsidies to attract customers. Even if their accounting is flawless, their approach to business is on shaky ground.

Meanwhile, just when the U.S.-China financial war had seemingly cooled off, the revelation of Luckin's fraudulent accounting could be a spark that starts a prairie fire. The fact that the company cooked its books validates much of the long-running criticism of U.S.-listed Chinese firms' accounting practices that intensified during the trade war last year. The point is not that all or even many Chinese firms listed on U.S. exchanges engage in fraudulent accounting, but rather that regulators' lack of oversight - Beijing considers its firms' audits "state secrets" and does not allow U.S. inspectors access to them - creates loopholes that can be exploited. Without greater ability to review Chinese firms' audit documents, U.S. inspectors cannot ensure the integrity of America's capital markets.

An analyst at Chinese securities firm Haitong, one of the four underwriters of Luckin's IPO, put it well, in a research note cited by CampaignAsia: “One rotten apple is ruining a whole barrel,” the analyst wrote. “All the Chinese companies listed in the US will likely suffer collateral damage.”

More in this category: « Ant Financial IPO said to be back on track London may attract more IPOs from China »
back to top