Wanda, Baidu and Tencent to Set up a New E-commerce Company

With Alibaba in the US for a one-week road show before what might be the biggest tech IPO that we've ever seen, Alibaba's competitors are battening down the hatches for an extended battle for the face of e-commerce in China.

We will likely see the best response coming from Wanda, Baidu and Tencent, who are in preparation to create a massive new e-commerce company in China to combat Alibaba. It is reported that the three firms will invest RMB 5 billion. Wanda will control 70% shares, Baidu and Tecent will account for 15% each. But will it be enough?

We believe the ultimate purpose of cooperation is to set up footprint in O2O market. As known, the next coming era belongs to mobile internet. With this in mind enterprises are exploring business models to combine online and offline businesses. Baidu has the advantage of controlling a large share of network traffic in the mobile internet era. Tencent has a staggering user base in its social apps. However, both companies lack offline capabilities, therefore Wanda’s participation makes up their weaknesses. According to Wanda disclosures the company currently owns 85 Wanda Squares in various cities and handles two billion visitors a year. 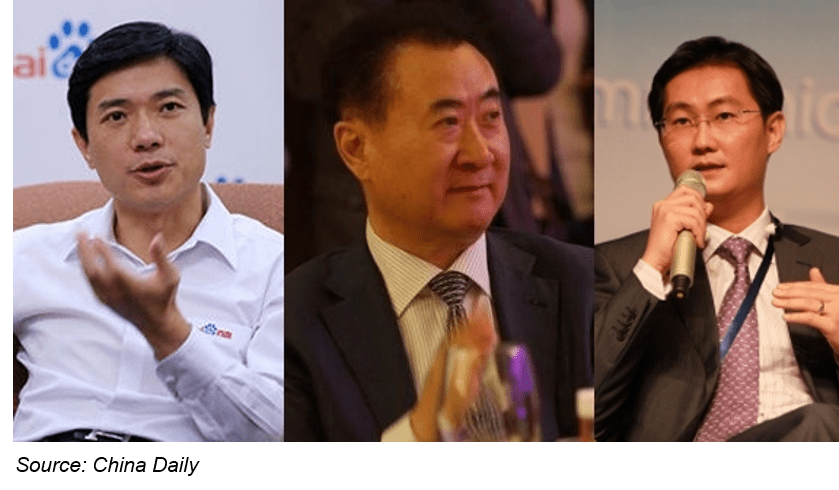 Could it be the perfect match? They seem to at least be a good match for each other, but it's unclear whether their alliance will be able to make a significant impact in the market itself. Time...and a lot of money from an IPO, will tell.

More in this category: « FDI into China reached a new high in the 1st Half of 2013 SPDB Putting the Launch of Preference Shares on the Table »
back to top