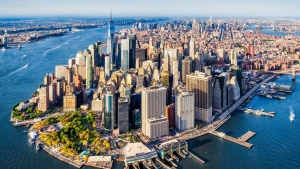 Despite legislation passed by the U.S. Congress that could force Chinese companies to delist in as little as two years if they do not allow comprehensive audits by U.S. regulators, some Chinese companies continue to seek exits on the NYSE and Nasdaq. In some cases, the companies have investors who would prefer to exit in the U.S. to Hong Kong. That was true for online wealth management platform Lufax, which made its debut on the NYSE in November 2020. At the same time, listing on the NYSE or Nasdaq carries a certain prestige. After all, New York is the world’s foremost financial center.

The most notable recent IPO by a Chinese company in the US is Didi Chuxing’s long-anticipated debut on the NYSE, the largest international listing in the US since Alibaba’s blockbuster IPO in 2014. Didi said that it raised US$4.4 billion with its initial offering priced at the top of its marketed range at US$14 a share, giving the company a market valuation of US$62 billion to US$67 billion.

Didi told potential investors before the IPO that the legislation and additional rules were risks for shares to underperform or be delisted. But regulatory travails in the U.S. are currently the least of Didi’s problems. The company has been around since 2012 and holds 90% of China’s ride-hailing market, but has historically lost money; last year, it booked a US$1.6 billion net loss. Didi posted a profit of RMB3.6 billion (US$557 million) in China in the January-March period, but performed poorly outside of its home market with “international business and other operations” losing RMB 1 billion and RMB 8.1 billion respectively, according to Nikkei Asia.

Worse yet, China’s Big Tech crackdown has ensnared Didi. On July 4, The Cyberspace Administration of China ordered the country’s app stores to remove the ride-hailing giant’s app. The regulator said that Didi had committed serious violations of users’ privacy, evidently with regards to their personal information.

Didi was fined RMB 1.5 million yuan in March for "improper pricing behaviors” and is also reportedly being probed for anticompetitive practices.

More in this category: « Chinese firms in US capital markets: to list or delist? The reshoring of Chinese IPOs »
back to top