To delist or not to delist: Chinese companies on U.S. stock exchanges 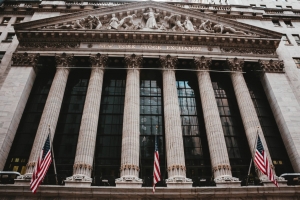 Recent reports in the U.S. media have described the Trump administration mulling a plan that would involve the delisting of Chinese firms from U.S. stock exchanges. The Trump administration has denied the reports, while political heavyweights such as Senate Majority Leader Mitch McConnell have dismissed the idea outright. McConnell told CNBC that the Treasury Department made clear it does not favor delisting Chinese firms from U.S. stock exchanges.

“The delisting is not on the table. I don’t know where that came from,” Larry Kudlow, the White House's chief economic adviser, told reporters in October.

Whatever is actually being discussed in the White House with regards to the presence of Chinese firms in U.S. capital markets - and that really is anyone's guess - the delisting idea is not new, nor was it dreamed up by hardliners in the Trump administration. In fact, a bipartisan group of U.S. lawmakers led by Senators Marco Rubio and Kirsten Gillibrand in June introduced legislation requiring foreign firms to comply with the disclosure requirements of U.S. exchanges. Under the proposed law, firms will have three years to allow U.S. inspectors to comprehensively audit their books. Those who refuse will be forced to delist.

The law targets China, whose government considers some auditor reports on its companies as "state secrets" and forbids cross-border transfers of auditors' findings. Beijing would almost certainly refuse to comply with the legislation if it passes, which could prompt an exodus of Chinese firms from U.S. exchanges, analysts say.

In an October report, The New York Times noted that supporters of the legislation say it would close loopholes that have allowed Chinese firms (often with links to the state) to exploit the U.S. financial system for their gain, soliciting funds from U.S. investors without correct disclosure.

“Our capital markets are the deepest and most liquid in the world. But we have high standards for disclosure and transparency," Rubio told CNBC.

Shutting Chinese firms out of U.S. capital markets would undoubtedly be disruptive. There's a lot of money at stake. 156 Chinese firms with a total market capitalization of $1.2 trillion were listed on U.S. exchanges as of early 2019, data from the U.S.-China Economic and Security Review Commission show.

For the U.S., the integrity of its capital markets is at stake, according to Steve Dickinson, a lawyer based in the Beijing office of Harris Bricken. "The central core of the U.S. stock markets is that publicly listed companies are subject to financial oversight," he wrote in a June post on The China Law Blog. Noting that Chinese firms who list on U.S. exchanges have long been exempt from this oversight, Dickinson says, "This is a longstanding scandal that is finally coming to a head."

He added: "Torching shares at ANY valuation is a required price to pay to maintain transparency."

More in this category: « Shanghai’s new NASDAQ STAR exchange – a supernova or just another Made-in-China flashlight? Why is Nasdaq increasing scrutiny of small Chinese companies' IPOs? »
back to top