Opening the door for hedge funds in China 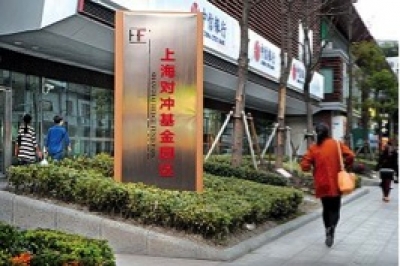 Hongkou is a geographic district in Shanghai, on the west side of the Huangpu River, north of the center of Shanghai and close to Pudong District. The Hongkou Hedge Fund Park was officially established on Oct. 18, 2013, as the first test-bed specifically for developing local hedge fund industry and introducing foreign hedge funds in China. Through market reforms and special incentives, the Hongkou government hopes to make the Hedge Fund Park a key part of Shanghai, and indeed China’s, hedge fund industry. 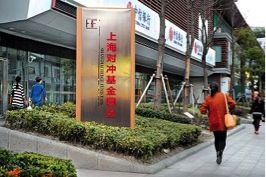 For hedge funds themselves, there are a number of favorable policies that mainly include subsidies. Firstly, instant subsidies for newly registered hedge funds are given according to the amount of paid-in capital or fund-raising management fees. The detailed instant cash subsidies cover no more than 10% of the paid-in capital or no more than 5% of the fund-raising management fees. The maximum amount for this type of subsidy is CNY5mn. Secondly, instant and periodical subsidies for renting and purchasing property for office usage are provided to help defray setup costs for a period of 3 years. For purchasing real estate as offices, there is an instant cash subsidy equal to 1.6% of the total real estate price, with a maximum housing cost of CNY10mn. For renting offices, if the hedge funds move their offices into the hedge fund park area, no rental is needed for the first three years. If the hedge funds rent outside the hedge fund park and within the Hongkou District, there are different levels of incentives according to the different sizes of the offices. Thirdly, for the construction of major industrial services programs, an instant subsidy is provided. Finally, there are also incentives for holding hedge funds events, exhibitions and research projects.

From the talent support perspective: first, instant housing subsidies are provided for senior managers in the hedge funds who are working in the Hedge Fund Park. Then, training courses and programs organized by the hedge funds, private funds and other functional institutions are encouraged by the Hongkou government in the form of certain cash support. After that, for professionals meeting certain qualifications and senior managers in hedge funds, some favorable polices and subsidies will be provided such as cash bonuses, housing subsidies, medical insurance, education and help for the application for a Shanghai Hukou in order to attract competent talent.

From Kapronasia’s analysis, the founding of the Hedge Fund Park has significant meaning for the Chinese economy, especially for the hedge fund industry - It could be treated as an important signal of the opening attitude from the Chinese regulators towards hedge funds in China, compared to the conservative attitudes we have seen before.

Although we are a little bit disappointed that there are no direct policies reducing taxation and transaction fees, the current policies as we mentioned above are very attractive and setting up the park should be a serious consideration for any fund coming into the market. We also strongly feel that China has a large and relatively immature capital market which could provide higher alpha return compared to the mature western markets. In addition, there is also unmet asset management demand from Chinese high-net-worth individuals and firms. Previous market experience, algorithmic trading and talent advantages that the foreign hedge funds have could possibly help them to make higher than expected return as compared to the less developed local asset management industry.

More in this category: « Asset securitization in China Trading volume of Chinese stock market at historically low level »
back to top
© 2007 - 2021 Kapronasia