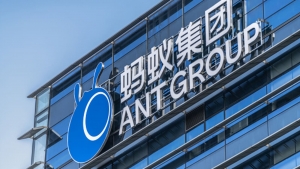 Ant reportedly faces at least a six-month delay before it can list. It will take that much time, if not longer, for the company to comply with possible regulatory changes. Draft rules require internet platforms to fund at least 30% of their loans and cap the sums they lend to borrowers at RMB 300,000 ($44,843) or 1/3 of a borrower’s annual salary, whichever is lower. At present, Ant funds just 2% of its total loans - and has a consumer loan balance of US$271 billion. Banks and other sources provide most of the funding.

The tighter regulations come as regulatory concerns mount that banks using platforms such as Ant could underwrite too many risky loans, increasing the chances of widespread defaults at a time of economic malaise.

Other Chinese fintechs can draw some important lessons from Ant's experience. One is that regulators care more about the fin than the tech. It would appear that the "techfin" moniker does not hold water. Although Ant has devoted considerable resources to rebranding itself as a technology company, even changing its name to Ant Group from Ant Financial, regulators still see it primarily through the prism of financial services.

Indeed, Vice Finance Minister Zou Jiayi emphasized at a recent conference (attended by Jack Ma) that "fintech must not be allowed to dodge regulation, conduct illegal arbitrage and bolster a winner-take-all style of monopoly."

With that in mind, Chinese fintechs are likely to be cautious for the time being about IPOs in Shanghai or Hong Kong. The Ant listing was supposed to pave the way for others to follow. With the mega-deal put on hold, investor appetite for fintechs could wane.

Lufax is an exception because it debuted in New York, not in Hong Kong or Shanghai. The P2P lender turned online wealth management platform raised US$2.36 billion in its Oct. 29 IPO on the New York Stock Exchange. Lufax's institutional investors are largely foreign and preferred the company to list in the U.S. Lufax also has heavyweight individual investors from its parent company Ping An Insurance Group who sought to cash out in U.S. dollars in the U.S.