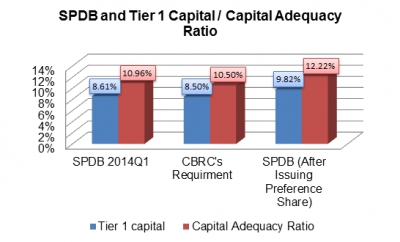 On April 29th, an announcement was made that SPDB is issuing preferred shares. The issuing amount will be no more than 300 million shares and total financing amount will not exceed RMB 30 billion. The purpose is to boost the Tier 1 Capital Ratio to fit regulators’ requirements.

According to CBRC’s rules, commercial banks’ Tier 1 Capital Ratio and Capital Adequacy Ratio (CAR) should be no less than 8.5% and 10.96%, respectively. Although SPDB has fulfilled this requirement 1Q14 financial statement already, there will be CAR gap left in the coming future. As known, Tier 1 capital mainly comes from undistributed profits and equity financing. With slowdown of China’s economy and dramatic growth in banks’ bad loans, banks’ profits will shrink. In addition, commercial banks’ common stock have been trading low recently. Choosing to issue common stock will increase financing cost. In this situation, preference shares come as an alternative capital tool to solve this issue. 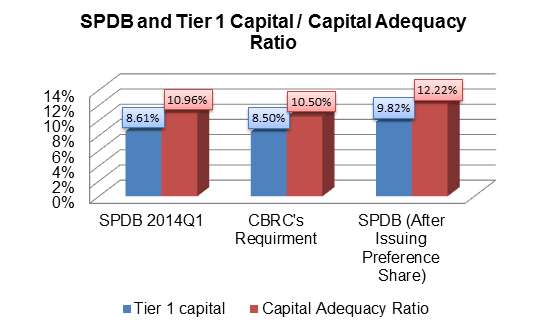 More in this category: « Wanda, Baidu and Tencent to Set up a New E-commerce Company High Performance of BAT’s Online Money Funds in 2014Q1 »
back to top