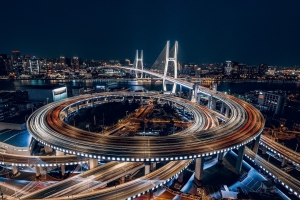 Shanghai's STAR board is introducing a more market-driven approach to China's initial public offerings. Listing on the STAR market is more streamlined than the traditional process in China, where new listings are subject to an informal price cap of 23 times earnings and a 44% ceiling for first-day gains. Before the Shanghai STAR Board was launched it July 2019, it could take many years before companies' plans to go public were approved. Now a flurry of tech listings on the Shanghai STAR market are shaking up China's capital markets.

The STAR board's proponents sometimes compare it to the Nasdaq. The architects of the STAR board supposedly modeled it after the famed U.S. exchange, which is second in the world by market capitalization after the New York Stock Exchange.

In reality, the Shanghai STAR Board is very different from the Nasdaq, which was not created to support state-led industrial policy and has never performed that function. In contrast, Beijing launched the Shanghai STAR market to buoy its push for supremacy in advanced technology, from semiconductors to quantum computing. The Chinese government also wants to keep rising tech stars closer to home. Better that they list on the STAR board than in New York or even Hong Kong, the thinking goes.

There are currently about 140 companies valued at RMB 2.8 trillion listed on the STAR board, with hundreds more preparing to list. The biggest of them is fintech giant Ant Group, which will simultaneously list in Hong Kong.

China's top semiconductor maker SMIC made a dramatic debut on the STAR market in July, raising RMB 46.3 billion (US$6.6 billion) as its shares surged 202%. The SMIC deal is the largest on the mainland since Agricultural Bank of China's US$22 billion dual Shanghai-Hong King listing in 2010.

To be sure, STAR is injecting some needed vitality into China's capital markets, while supporting key industrial policy objectives. It could nurture some of China's tech champions of tomorrow. However, there are reasons to be wary of a bubble. In July, STAR Market companies were trading on average 100 times trailing earnings, compared to just 34 on the Nasdaq, Reuters noted.

If this pattern continues, investors may be disappointed. Irrational exuberance can only go so far. Fraser Howie, who has written three books on the Chinese financial system, sums up the risks posed by the STAR market in a recent commentary for Nikkei Asian Review. "The huge price jumps and premium over Hong Kong reflect a real problem for domestic capital market development. In a closed system awash with money, where corporate and retail investors have an appetite for speculation, it becomes very difficult to properly value companies in the absence of other options," he wrote.

More in this category: « 2 listings are better than 1 for Ant IPO Why is Lufax planning a U.S. IPO? »
back to top