From Factories to AI labs

China has been in a continuous state of economic growth for the past 40 years and become such a common narrative that it is generally seen as ‘normal’ by both economists and casual observers. The numbers backing the country’s growth are impressive, but even more impressive is the actual evolutionary trajectory behind it. What once started with a manufacturing-focused economy, fueled by low-cost labor, has transformed into a high-tech powerhouse, nurturing some of the world’s most cutting-edge companies, including Alibaba, PingAn, Tencent, DJI to name a few. Beta “bulk-growth” is slowly giving way to Alpha “innovation-dominated” economic focus. As the country steps up its game and brings new players in, a logical step is to upgrade the playing field, as well.

In late July 2019, some 30 years after China reopened its capital markets and 10 years after The Chinese State Council said that by 2020 “Shanghai will be built into an international financial center in correspondence to the size of China’s economy”, we officially saw the birth of China’s challenger market for big-ticket technology listings – The Science and Technology Board, also known as STAR. 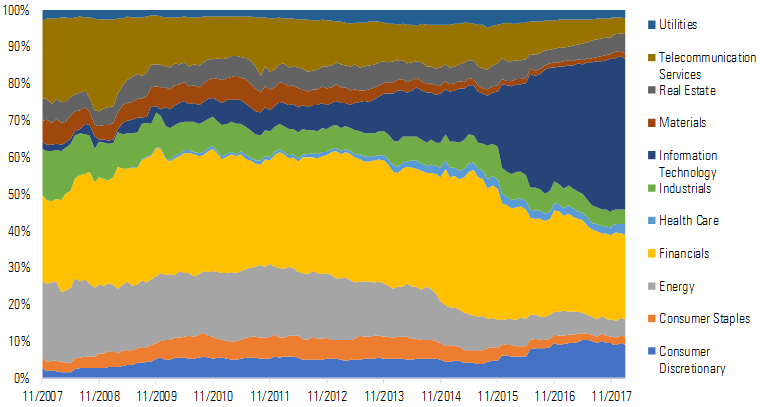 A STAR is born

Widely dubbed as the NASDAQ of China, it is unlikely that STAR will become anything similar to the U.S.’s NASDAQ and will likely make little impact in China, much less globally. Although allowing dual-share listing through a much faster and lighter listing process than its peers – The Third Board and ChinNext, in the short-term STAR will remain captive of the capital controls and market volatility inherent to the domestic Chinese financial system. In other words – it will stay a regional exchange, mostly limited to Chinese listings and Chinese investors and will hardly attract the big Alibaba-style fish it hopes to net.

However, what makes STAR interesting is the long-term message it communicates. Being compared to NASDAQ is a challenge powerful enough. NASDAQ is a global phenomenon, a magnet for tech’s best performers and headquartered in the financial ecosystem of New York City – a transparent and convenient bet for a variety of individual and institutional investors from all over the world. Shanghai does still have a long way to learn and go before reaching this status. But we can assume this is the end goal.

Naturally, in the near future we may see some of China’s champions listing on STAR, but likely for political, not market reasons. Realistically, big technology firms with global exposure do not belong there, at least not yet. It is impressive that all initially listed companies on the exchange doubled in value during their first day of trading and the momentum has been going on for almost a month now, but this is hardly the environment companies like Alibaba need or pension funds and other investors with long term horizon want to see. This is not a casino and STAR has failed to send this message during its first days and weeks of trading. A good example comes from China Railway Signal & Communication – a company founded in 1953 and also trading in Hong Kong – albeit with a discount of 156% on its STAR market cap as of the first day of trading. 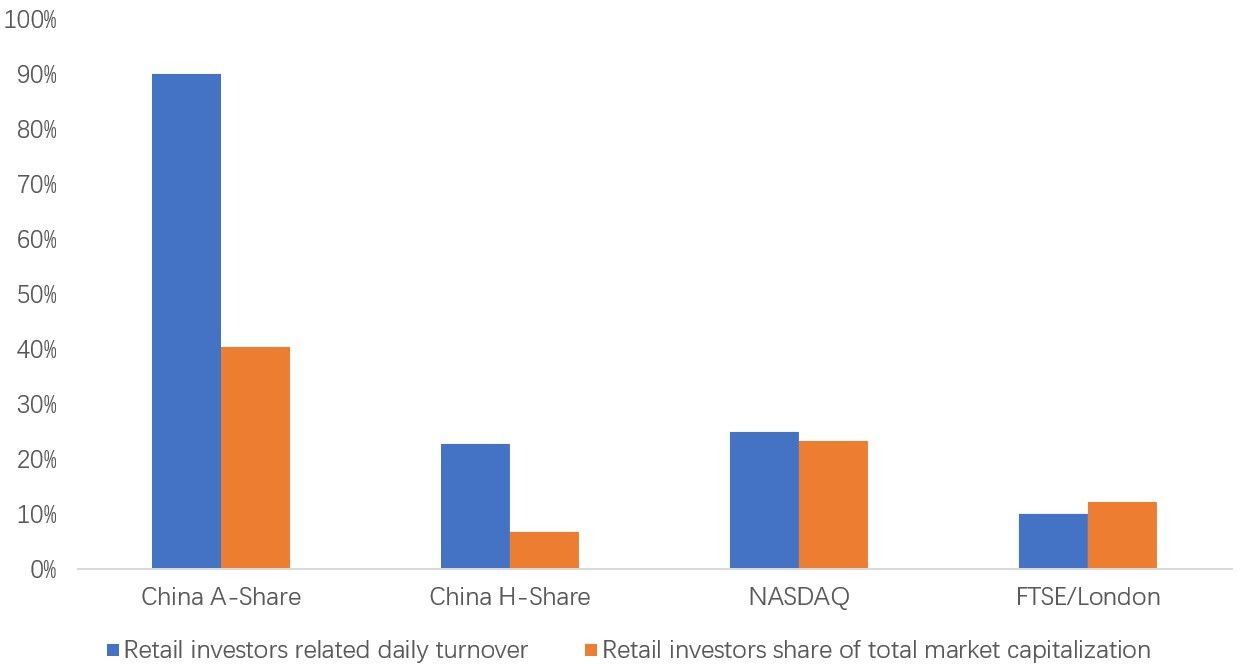 China already has a Silicon Valley. But has no New York

China has already done an impressive job in nurturing a Silicon Valley-style startup and new-economy ecosystem – arguably fields where state intervention has been, all else being equal, very limited. Research firm CB Insights estimates that Beijing and Shanghai rank in 2nd and 4th place in cumulative investment dollars-to-hubs globally, trumped only by California and New York. With this - the dilemma here is binary. To support and further grow its technology champions, China does not need another so-so exchange; it already has more than two. What it needs is a real NASDAQ-style market, backed by an open and sophisticated financial ecosystem that serves the growth and flexibility needed by big businesses and investors globally. Listing in the US is hardly only a question of prestige for leading Chinese technology firms. In real business, you do not build up only to exit through an IPO. A listing commands the beginning of a new growth stage and new needs of the company – more transparency, more accountability, more hedging and further access-to-finance options. Arguably, a listing with a moderate markup in New York in US dollars will give a company more advantages in M&A and liquidity today than a bombastic three-digit first-week growth on a walled close to zero-sum market in RMB. 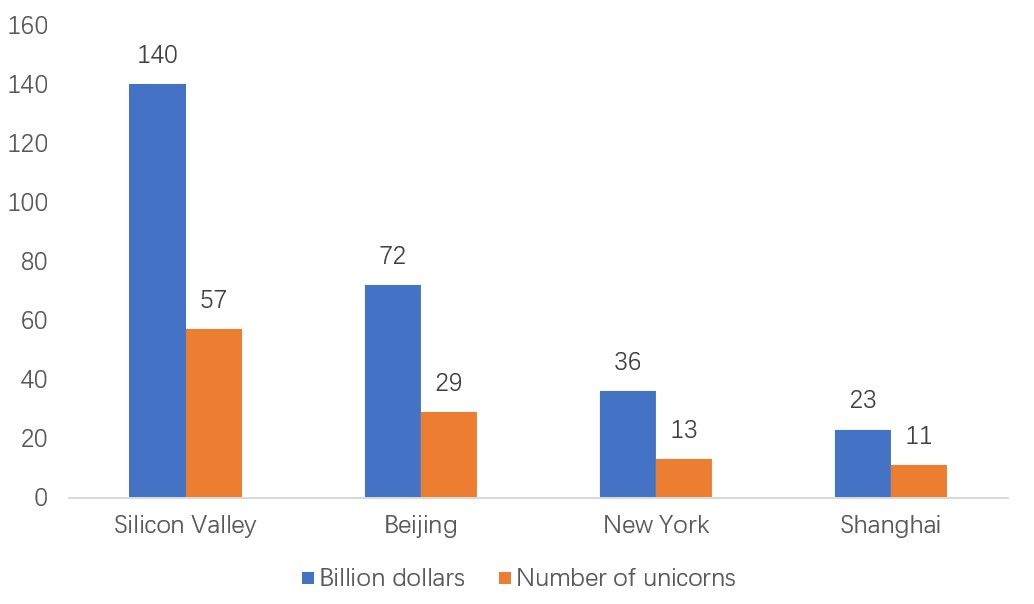 Realistically, results will probably not come fast, but given China’s pace of market access opening in recent months – STAR may one day really become a NASDAQ and Shanghai – a melting pot of global technology investment and a true international financial center. Today this is not yet the case. The existing quota for Qualified Foreign Institutional Investors (QFII) has not been yet fulfilled and foreign investors who want to play China stocks arguably prefer to do so through the Shanghai-Hong Kong Stock Connect. The recently launched London-Shanghai Stock connect is also not producing impressive results.

The bottlenecks of the Chinese capital markets have been known for a long time and in many instances have been put in place in the past to safeguard a broader framework of political and economic stability. With China facing the impact of a trade war and seeking to rebrand itself as a more open and innovation-driven market, the removal of capital flow constraints will likely be the big step that will shift the paradigm and bring more foreign interest and market forces in to speed up the maturation of the local market. In the words of the Political Bureau of the Central Committee of the Communist Party of China, the country “must promote the healthy development of the capital market through key institutional innovations” and STAR is apparently the first significant link in this direction. But a first step in a journey of 10,000 steps is still only a first step. The future will show where the journey ends.

More in this category: « Europe puts the brakes on Chinese investment To delist or not to delist: Chinese companies on U.S. stock exchanges »
back to top