So why are the QFII and RQFII becoming so popular in 2012? We see 5 primary drivers:

For financial IT companies, developing suitable products including developing trading software and payment software for these newly qualified financial institution and banks is an emerging opportunity. These products and services could be customized as the clients asked for. From the investors’ perspective, a more opening Chinese capital market can make them feeling more comfortable and reliable to do investment on feasible objects.

*QE3=quantitative easing, which is a monetary policy drew up and executed by Federal Reserve of US on Sep. 13th, 2012, just printing more USD through market operations to stimulate the US economy. People keeping USD in hand are more willing to exchange these dollars into other currencies including RMB. 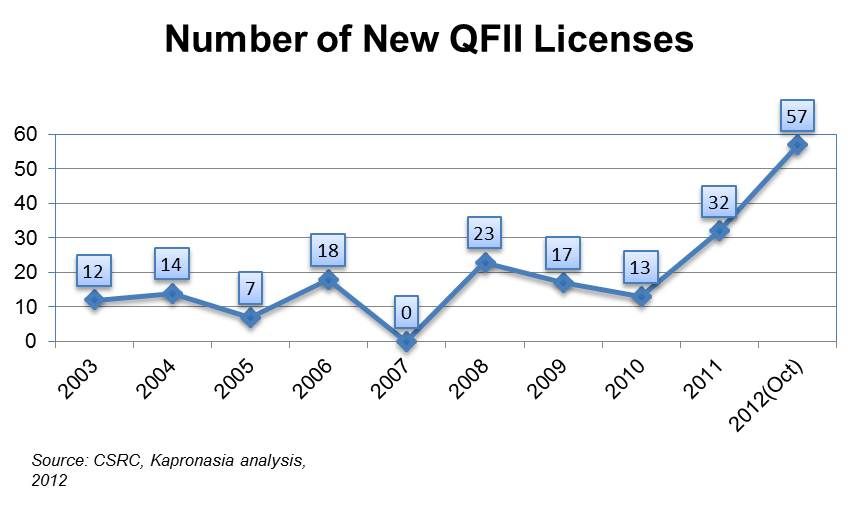 More in this category: « The Genie and the Giant China: Supporting the Markets »
back to top