Luxury Spending in China – are the wealthy disappearing? 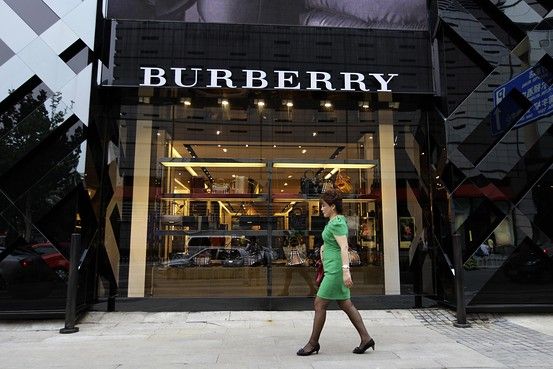 Earlier this week, Burberry announced lower than expected earnings which largely disappointed and somewhat scared markets. Their slowdown is global, but a key challenge was declining luxury spend from Chinese consumers – which is seen by many as a bellwether for the rest of a general industry slowdown. We’ve talked about luxury spending in China in the past, but it’s worth considering the implications of a potential slowdown in the luxury industry and the implications if the slowdown is indeed an indicator of a shift in the habits of China’s wealthy.

The origins of money

If you look at the development of China’s wealthy, it really started in the late 70s with the opening up of China’s economy and then picked up speed again in the 1990s through today as China’s inclusion in the WTO gradually brought the country to become known as the ‘factory of the world’. Although cost and quality questions have arisen again recently, the ability of chinese factories to produce low-cost and medium to high quality products drove incredible revenues and profits for small and medium enterprises and, at the same time, made their owners tremendously wealthy. Due to a somewhat challenged national transport network, many of these factories were by necessity concentrated on or near the east coast of the country in order to decrease the complexity of actually exporting the goods; mainly near the port city of Shenzhen or further up the eastern seaboard near Shanghai or Beijing.

But factory owners weren’t the only ones to benefit. As China’s insatiable appetite for natural resources has increased, companies and individuals have benefited greatly as commodity prices have increased rapidly. Mine owners and processors as well anything energy related has driven another level of wealth that is not just located near the coast, but often much further in-land either to the west in Xinjiang or to the North in Inner Mongolia. Finally, although a civil service job in the west typically means ok pay, but high stability, government officials in China do quite well so many of officials and families of officials are known to be quite well off.

Show me what you got

I don’t want to make any suggestion as to whether it’s right or wrong or the meaning behind it, but the wealthy Chinese, in general, like to show off their wealth. Carrying the right bag, driving the right car or telling time with the right watch is important in both a personal and or a business context. At large dinners, people (typically the men) will fight over who pays for the bill as not paying can often mean a ‘loss of face’ (similar to respect) in the eyes of others.

This need for showing off wealth has driven the growth of the luxury industry in China. What it has also done is created another layer of what you might call ‘wealthy aspirants’, who while not necessarily wealthy themselves, are keen to give the appearance of being wealthy or at least hip to the latest trends. For the extremely wealthy, the sign that you’ve made it is the BMW 7-series or Bentley that you pulled up in, for the rest, it’s an iphone. An iphone is a sign that you’ve made it

The iphone is a great insight into wealth or lack thereof in China: although there are iphone knock-offs out there, most of what you see when you walk around the big cities are real iphones whether bought directly from Apple, a mobile network operator, or off the grey market (HK imports). When you consider that a new iphone in China from Apple costs about US$800, even if you look at the GDP per capita in Shanghai, one of the wealthier parts of China, which is about US$13,000, that still represents about 7% of the average yearly salary for a phone. So some people are spending up to, and in many cases over, a month’s salary to have the latest and greatest from Apple.

We’ll get into the implications for wealth management shortly, but one last illustration of how important wealth is in China, and again, this is changing slowly, but typically before a Chinese woman will accept a marriage proposal from a man, the man needs to have an apartment for the couple to move into. With housing prices in the major Chinese cities reaching that of London or NY, but with salaries hovering at about 15% or less of London/NYC salaries, this can be a daunting prospect. A son will often need to rely on his parents and potentially even grandparents to be able to afford a place.

So with that context in mind, what will happen with China’s wealthy? Well, there is a certain segment of wealthy customers that are unaffected by economic downturn. These are simply the ones that have accumulated enough wealth to maintain their lifestyle at the same level regardless of the economic conditions. The wealthy aspirants that we mentioned above however will likely be more negatively affected as they have less disposable income or built-up wealth, so what could we reasonably expect see if that demand for ultra luxury products (think a Hubolt watch or a Bentley) will be unaffected, but the demand for lower luxury products such as handbags and phones will likely drop - already we're seeing increased indications of the slowdown in hiring, which would put a squeeze on the middle-class market segments.

Implications for the wealth management industry

So what this all means is likely that the wealth management industry will slow slightly, but will be largely uncoupled from the indications of softening demand such as Burberry announcement, the reason being that the typical wealth management client is largely unaffected by the downturn for the reasons that we mentioned above. Still in China, the typical wealth management client is one of the US$100k+/US$3M of assets type who will continue to spend through any downturn. Take a look at the luxury market in Japan which although slowed, is still strong.

In addition, the wealth management solutions and experience that are largely in place throughout the industry are still relatively immature in comparison to those in the west which leaves a unique opportunity for both technology providers and wealth management experts to bring the industry to a more sophisticated and advanced stage.

More in this category: « China's Trust industry continues strong growth China 2008: What lies ahead - Part 3 of 3 »
back to top