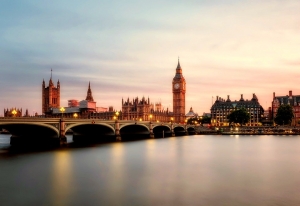 As tensions between the U.S. and China flare up in the financial sector, the future of Chinese fundraising in America's capital markets looks uncertain. Hong Kong has benefited, attracting a growing number of Chinese tech IPOs and secondary share listings from juggernauts like Alibaba and JD.com. Another possible winner in the U.S.-China financial tussle could be London, which began operating the London-Shanghai Stock Connect scheme in 2019.

London has long sought to build closer ties with the Chinese financial sector. Over the past decade, it has become the top offshore renminbi trading hub outside of Greater China. In 2019, China and the UK launched the London-Shanghai Stock Connect. Under the scheme, Chinese firms are allowed to add a secondary listing of global depositary receipts in the UK that is linked to shares in Shanghai. The agreement aims to give Chinese investors access to UK-listed firms and provide Chinese firms with wider international fundraising options.

Initially, several companies were expected to participate in the scheme, but thus far only SSE-listed Huatai Securities has also listed in London. In a May report, Reuters said that Chinese authorities have greenlighted China Pacific Insurance and SDIC Power's LSE listing plans, which were put on hold last year. Chinese regulators regulators have also reportedly approved China Yangtze Power's plans for a secondary share listing on the LSE. The China Pacific Insurance deal could raise US$2 billion to US$3 billion, while China Yangtze Power could raise US$2.5 billion.

In the wake of Luckin Coffee's accounting fraud scandal, both London and Hong Kong are likely to be better bets for Chinese firms' IPOs than New York. Luckin was delisted from the Nasdaq in May following an internal investigation that found the former high-flying startup fabricated RMB2.2 billion (US$311 million) in sales.

Nasdaq reportedly plans to implement new restrictions on IPOs, which could make it tougher for some Chinese firms to list on that stock exchange. The new rules will require companies from some nations, among them China, to raise $25 million in their IPO or, otherwise, a minimum of 1/4 of their post-listing market capitalization, according to Reuters. Nasdaq has never previously set a minimum value on the size of IPOs. Data from Refinitiv show that 40 of 155 Chinese firms that have listed on the Nasdaq since 2000 have raised less than US$25 million from their IPOs.

Meanwhile, the U.S. Senate passed a bill in May that requires foreign firms to follow American standards for audits and other financial regulations. The bill also requires publicly traded companies to disclose whether a foreign government owns or controls them. While China is not named in the bill, the legislation is clearly aimed at Chinese firms. The legislation now goes to the House of Representatives. If it passes there, it will go to President Trump to be signed into law.

Tags:
More in this category: « What went wrong at China's Starbucks rival Luckin? 2 listings are better than 1 for Ant IPO »
back to top