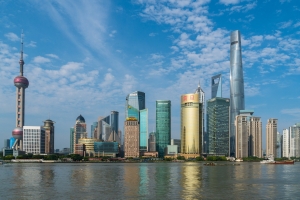 Unsurprisingly, JD Digits is not in compliance with China's new draft rules for online microlenders, which require that they fund at least 30% of any loans they issue together with banks or other financial institutions. JD's microlending subsidiaries funded just 4% of loans through its online lending service JD Jintiao as of the end of June. Partner institutions and securitization accounted for the remaining 96% of outstanding loans.

JD Jintiao extended roughly RMB 459 billion in credit to borrowers in 2019. Per the new 30% capitalization requirement, the company would need to invest about RMB 140 billion in order to be able to lend out the same amount.

Under the draft rules, JD would also need to increase registered capital to RMB 5 billion to conduct business across provincial lines.

While JD may pose a smaller risk to the financial system than Ant - Ant has an outstanding balance of RMB 1.7 trillion, more than triple JD's - the Beijing-based company also has far fewer assets it can draw upon to meet new capitalization requirements. In fiscal year 2019, JD Digits had just RMB 18.4 billion in net assets, while its microlending subsidiaries had just under RMB 5 billion in assets. Ant had about RMB 600 billion in assets as of June.

At the same time, JD Digits is in the red. In the first half of the year, the company lost RMB 670 million. In contrast, Ant posted a profit of RMB 22 billion during the same period, an elevenfold increase over the same period a year earlier.

While JD Digits had originally planned to go public before year-end, the company is now almost certain to put its IPO plans on ice until after the new online microlending regulations are finalized. The draft rules are open for public feedback until December 2.

When the IPO does go ahead, it will probably be diminished. A post-IPO market capitalization of RMB 200 billion - once seen as likely - no longer looks realistic.

Indeed, China's online microlending boom is winding down. Beijing originally encouraged online microlending to boost financial inclusion. Many borrowers who use these platforms would struggle to get a loan from a traditional Chinese bank. At some point though, Beijing decided that the online microlenders were overly leveraged and aggravating systemic financial risk more than they were supporting the underbanked.