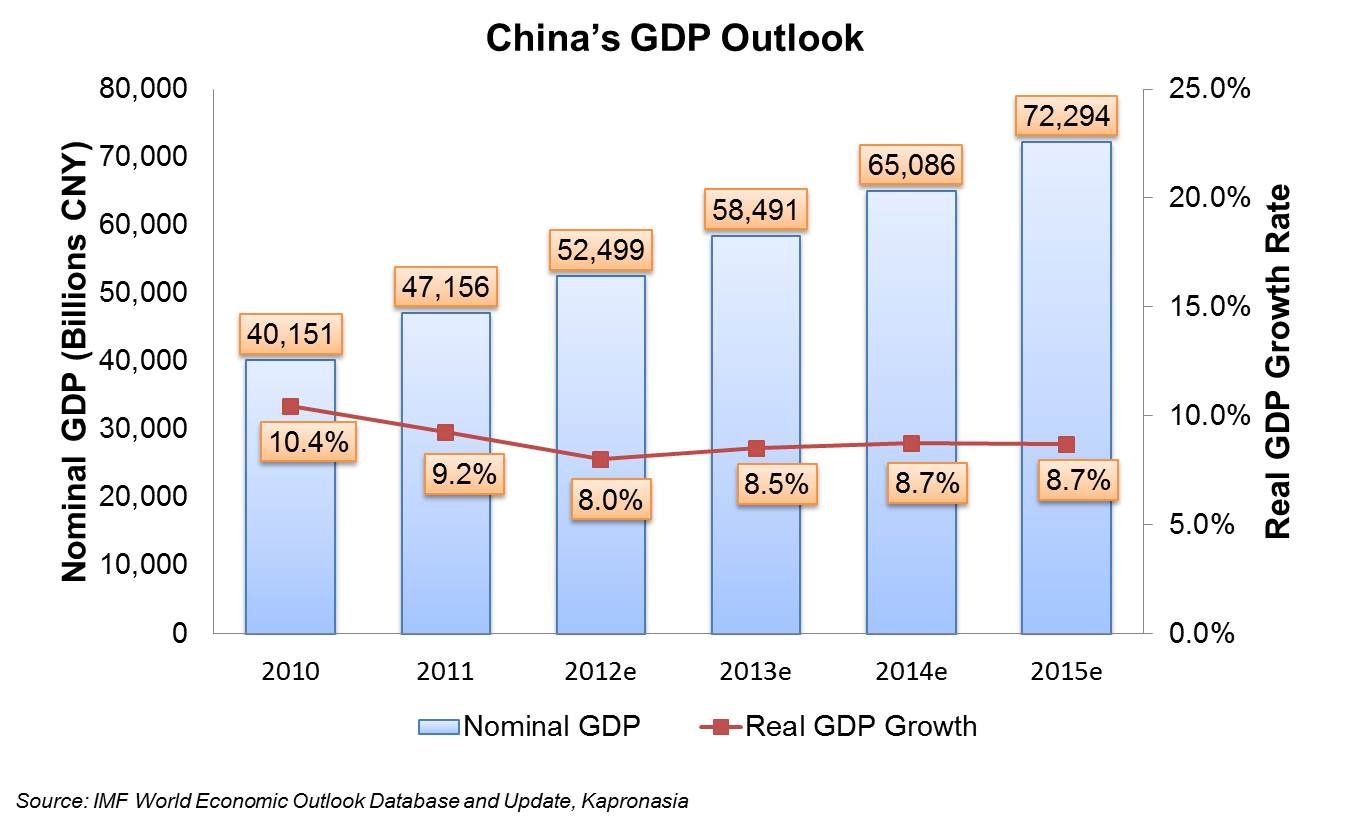 The World Economic Outlook Update published on July 16, 2012 announced that IMF revised its forecast for China’s GDP growth rate from 8.2% to 8.0% for this year and from 8.8% to 8.5% for next year. This down-rated outlook followed the recent announcement that China’s economy had grown at only 7.6% for 2012Q2, below the target of 8%. Recent news apparently drew a pessimistic picture for investors and consumers: risk of a hard landing is heightened.

In our opinion, however, the IMF revision could be a catalyst to refuel China’s economy. In fact, many analysts hold the view that the China’s authority is likely to announce more interest rate cuts and deposit reserve ratio reductions to further bolster the credit supply and reactivate the liquidity in the economy, which are essential to promote investment. As a result, consumer confidence will be maintained for the economic growth.