How are Chinese firms’ IPOs changing? 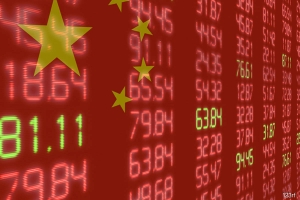 During China’s long tech boom, private investors availed themselves of the abundant opportunities afforded by Chinese IPOs, whether onshore, in Hong Kong or in New York. Yet with Beijing’s crackdown on the tech sector and persistent U.S.-China tensions, Chinese IPOs are going in a very different direction.

Gone are the days of blockbuster Chinese internet company IPOs in New York, like Alibaba’s, or even in Hong Kong – like Tencent’s. On the one hand, the low-hanging fruit is gone, and competition is intense. It would not be possible for Chinese platform companies to raise the same amounts today, even without the political pressure. On the other, the Chinese leadership is asserting a much larger role in the country’s capital markets and overall economy. Though Beijing recognizes the role platform companies play in facilitating commerce and financial inclusion, it nonetheless wants to develop self-sufficiency in certain target industries, and expects companies to fall in line.

Broadly speaking, Beijing aims for China to be a global leader in multiple next-generation industries by 2030, from new-energy vehicles and quantum computing to artificial intelligence, robotics and advanced semiconductors. With regards to chips, the Chinese government has already invested tens of billions of dollars in a bid to develop a complete domestic semiconductor supply chain. Beijing views dependence on imported (and particularly American) semiconductors as a national security risk.

To that end, Chinese chipmakers are benefiting from strong state support. Beijing launched a US$21 billion semiconductor fund in 2014 and a second US$35 billion fund in 2019. Shanghai-based chipmaker SMIC’s debut on the Shanghai STAR board (it previously dual listed in 2004 on the HKEX and NYSE, but delisted from the latter in 2019) raised US$6.6 billion that it is using to build new foundries. The SMIC deal was the largest share sale on the mainland since Agriculture Bank of China’s 2010 IPO.

Meanwhile, Ant Group’s IPO, which was expected to raise US$37 billion in November 2020 and be the largest deal of all time, is still on ice due to ongoing regulatory issues. Most other Chinese platform companies and fintechs have chosen to shelve their respective plans to go public until the market environment becomes more favorable. The resumption of the Ant deal would probably signal a change for the better.

Yet when that deal pipeline starts moving again, it is unlikely that any major IPOs will happen in New York. Hong Kong will be the preferred “international” destination. Firms that can raise the capital they need domestically will list onshore, continuing the trend seen in 2022. In a recent report, citing Dealogic data, The Financial Times noted that 95% of the US$35 billion in IPO fundraising by Chinese companies this year has been amassed in domestic markets, where state-run investment banks such as CICC and Citic Securities dominate deals and new share sales require regulators’ sign-off.

More in this category: « Will Chinese stocks be able to remain listed in the US?
back to top