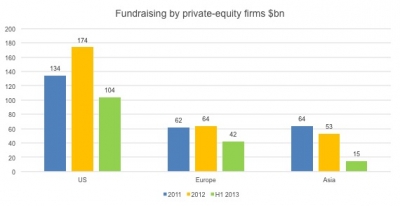 According to The Wall Street Journal, the fundraising of PE funds in Asia continued to drop in the first half of 2013. Compared to the US and European markets, the amount of funds that Asian private equity funds raised was the smallest among the three regions, while the percentage decline is the largest. The slowing Chinese economy is thought to be one of the biggest reasons for the decline in fundraising figures as well as the IPO suspension in China; only US$16 billion in public listings were completed in the first half of 2013. 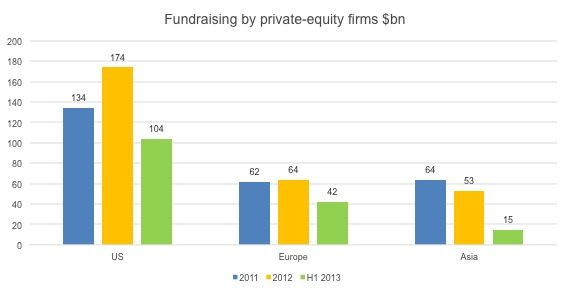