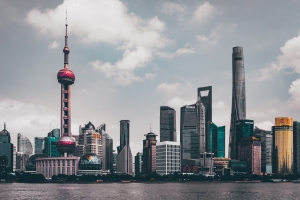 Before Ant Group’s IPO was nixed, the Shanghai STAR board was red hot. Since then, it has cooled off considerably. Not only is Ant’s IPO in limbo, but other Chinese tech companies are scuttling their plans to go public, one after the next. Ant is the bellwether for the market, whether it is a bull or bear. Data compiled by Financial Times show that 76 firms suspended their IPO applications in March, more than twice the number in February. Overall, 168 companies have put their plans to go public on ice since November.

The knock-on effects from China’s fintech crackdown are stymieing long-anticipated reforms in its onshore capital markets. One of the main purposes of the STAR board is to facilitate the listing of domestic rising tech stars onshore, rather than in Hong Kong or New York. But after Ant’s IPO was suspended, regulators began making it more difficult for companies to list in Shanghai. With the IPO review process more complex, listing costs have risen. Higher costs, along with uncertainty about regulatory support for fintech companies, have chilled the IPO pipeline with the exception of certain industries that have heavy state backing, like semiconductors and biotech.

One of the highest-profile planned listings to be delayed is JD Digits, the fintech arm of e-commerce giant JD.com, formerly known as JD Finance. The nomenclatural acrobatics appear to have been inadequate to assuage regulatory concerns about the company’s online banking activities. The Shanghai Stock Exchange announced that JD Digits’ IPO application had been terminated on April 2.

JD Digits reportedly is planning to set up a financial holding company which will be regulated more like a bank to satisfy new regulatory requirements for fintechs. The holding unit will be separate from JD Digits’ other technology business, according to Bloomberg.

JD is playing it safe, given the uncertain environment for fintechs in China. Better safe than sorry. And besides, JD can easily raise capital in Hong Kong. Its secondary listing in Hong Kong last year raised US$4.5 billion; its health arm raised US$3.5 billion in December debut and the company’s logistics arm could raise up to US$5 billion when it lists on the HKEX.

According to East Money Information, about 2,300 companies are currently waiting to go public in China. Based on the pace of IPOs in 2020, it will take four years for all of them to list.

More in this category: « U.S.-China financial tensions flare anew Chinese firms in US capital markets: to list or delist? »
back to top