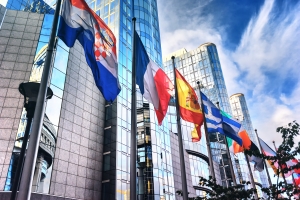 The United States is not the only major economic power turning cold on Chinese investment. Now the European Union, China's largest trading partner, is having second thoughts of its own about allowing China to buy up its prime manufacturing and high-tech assets. Concern amongst the EU's heavyweights, including Germany, France and the United Kingdom, is significant, analysts say. While weaker states in the EU, notably Greece, continue to welcome Chinese investment, they are increasingly in the minority.

In 2018, Chinese entities invested just $30 billion in North America and Europe combined, a 73% annual contraction and the lowest level since 2012, according to data cited in a recent report by The Asian Lawyer. There was one major deal involving China in Europe in 2018, ChemChina's purchase of Swiss agricultural giant Syngenta for $43 billion. Outside of that deal, Chinese investment fell in Europe in 2018 by 40% year-on-year.

In our view, Beijing's M&A binge across the developed world was bound to end badly. Emboldened by the Chinese government's call to "go out" (to seek prime assets abroad) Chinese firms with little experience in global deal-making made a slew of big-ticket purchases in both the U.S. and Europe. Midea's acquisition of top German robotics maker Kuka in 2016 raised eyebrows in Berlin, especially as China had recently announced an Industry 4.0 plan with Chinese characteristics - Made in China 2025. Some analysts questioned the fairness of allowing China to buy a world-leading robotics firm to support an industrial plan that largely excludes foreign participation and - in its current version - violates WTO prohibitions on import substitution.

Currently, EU leaders are debating whether to allow Germany's Siemens AG Germany and France's Salstom SA to merge. Some European governments oppose the deal because it could limit competition in Europe. Proponents of the merger say that it would allow Europe's rail companies to more effectively compete with China's state-backed rail giant CRRC Corp.

Meanwhile, last month the EU approved an $8 billion microchip and sensor project that will allow Europe to counter China's bid to dominate advanced technology globally. Under the project, France, Germany, Italy and the U.K. will jointly work together to develop microelectronics research centers. Private investors are expected to contribute an additional 6 billion euros to the project, which is slated for completion in 2024.

29 firms and research organizations will participate in the project, according to Reuters. They include Robert Bosch, Infineon, STMicroelectronics, Osram (OSRn.DE), Carl Zeiss [CZTOP.UL], GlobalFoundries and Murata.

"For the EU, this is also about compensating unfair competitive advantages of Chinese suppliers who can rely on almost unlimited financial support from Beijing in the system of Chinese state capitalism," The Wall Street Journal quoted a European diplomat as saying in a Dec. 18 report.