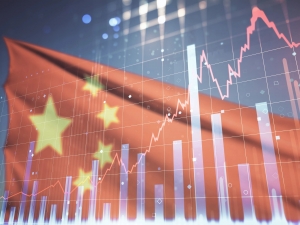 Though the U.S. and China have for now reached a stock delisting détente, Chinese firms are continuing to show interest in raising capital on European exchanges this year. As such, for the first time ever, Chinese companies have raised more in European capital markets than in the U.S., with the focus on the UK and Switzerland.

Dealogic data show that five Chinese companies have raised more US$2.1 billion on stock exchanges in Zurich and London this year. That is about five times more than the roughly US$400 million raised in New York thus far in 2022. Chinese listings in the U.S. have fallen off sharply since the June 2021 Didi listing debacle on the NYSE that went against the wishes of China regulators. Didi recently delisted from the exchange as part of its cooperation with Chinese regulators’ investigation into its alleged cybersecurity deficiencies.

With the launch of the China-Switzerland Stock Connect, four Chinese companies have listed on the Six Swiss Exchange, raising US$1.5 billion. The listings happening in Switzerland are not traditional IPOs, but rather a new channel for firms listed on mainland China’s A share market to raise capital internationally.

Following the launch of the stock connect scheme on July 28, the China Regulatory Securities Commission (CSRC) said in a statement that the agreement opened “a new chapter in the capital market cooperation” between China and Switzerland and “is of great significance to broadening channels for cross-border financing and investment, and deepening Sino-Swiss cooperation in the financial area.”

In July, wind turbine manufacturer Mingyang Smart Energy Group became the first Chinese firm in several years to list GDRs on the London Stock Exchange, raising US$657 million. Mingyang was awarded the LSE’s Green Economy Mark, which recognizes London-listed companies and funds that derive more than 50% of their revenues from products and services that are contributing to environmental objectives such as climate change mitigation and waste reduction.

To be sure, Europe’s capital markets offer Chinese firms interesting new international fundraising channels. Besides Zurich and London, Frankfurt is another option. However, they cannot offer the same liquidity as the U.S’s, nor access to as wide a group of investors.

There is also the matter of due diligence. Switzerland, for instance, does not require Chinese companies to make their audits available to Swiss regulators. While that removes a key obstacle to the deal pipeline, it may also introduce greater risk for investors.

More in this category: « US and China make progress on averting stock delistings
back to top