Chinese firms in US capital markets: to list or delist? 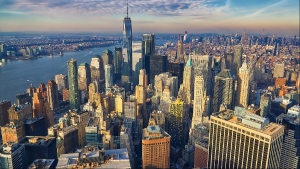 U.S.-China financial decoupling is an odd thing. Instead of a linear progression in which Chinese firms gradually eschew going public in the US and delist from its stock exchanges, we see some Chinese companies continuing to seek exits on the Nasdaq or NYSE, while others are seeking secondary listings in Hong Kong as a hedge against forced delisting. Still others are actually being forced to delist like the telecoms giant China Mobile, which is now looking at a new listing on the Shanghai Stock Exchange.

These delistings will not have a substantial effect on the market capitalization of China’s three telecoms giants because their shares trade at much larger volumes in Hong Kong and investors can swap ADRs in the companies for Hong Kong shares by returning them to the Bank of New York Mellon.

However, the delistings send a clear message that the U.S.’s capital markets are no longer so welcoming to Chinese firms. Increased U.S.-China geopolitical competition makes listing in the U.S. a risky bet for any Chinese company involved in a sensitive industry. Telecoms is a good example. So are artificial intelligence, semiconductors, quantum computing and aerospace.

The U.S. recently passed legislation that will allow it force any Chinese company to delist within three years if it fails fully open its audit books to U.S. inspectors. Still, some Chinese firms are undeterred, viewing U.S. capital as cheap and willing to take their chances on Washington and Beijing being able to work out a compromise before the three-year grace period expires.

Data compiled by the US-China Economic and Security Review Commission show that up to 248 Chinese companies were listed on major US stock exchanges as of May 5, compared to 217 on October 2, 2020. Further, in the year ended April 2021, Chinese companies raised US$17.55 billion in U.S. IPOs, an annual increase of more than 400%, according to Deallogic, and the largest 12-month volume in six years.

For its part, China Mobile plans to issue up to 964.8 million new yuan-denominated shares that will trade on the Shanghai Stock Exchange’s main board. Nikkei Asia, by applying the May 17 closing price in Hong Kong of HK$48.80, estimates the value of the listing would be about HK$47.08 billion (US$6.1 billion). With an overallotment option fully exercised, China Mobile could raise up to US $7 billion.

More in this category: « Fintech crackdown slows Shanghai STAR board's momentum US capital markets remain appealing for some Chinese firms »
back to top