Historically speaking, it has been very difficult for Chinese investors and institutions to invest their money overseas. The Chinese government has several reasons for tightly regulating capital outflows, the most important of which is controlling the value of the yuan. However, as a continuation of China’s broad plan to become more integrated into the globalized economy, the government has been encouraging cross-border investment through programs that allow Chinese investors to invest overseas, and programs that allow foreign institutions to invest in the mainland. 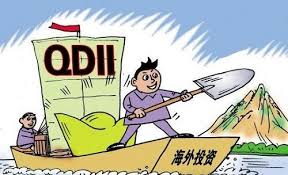 In 2006, one of the first programs designed to help Chinese nationals invest overseas was introduced. The Qualified Domestic Institutional Investor Program (often referred to as QDII) allowed mainland firms to create fund products based on overseas assets and sell them to domestic investors. In 2012, the Chinese government took another step towards loosening capital controls when it introduced the Shanghai-based Qualified Domestic Limited Partnership Program (QDLP), which enabled foreign asset managers to establish wholly foreign-owned enterprises (WFOEs) in China, and through those enterprises sell overseas investment products directly to wealthy Chinese clients.

When the QDLP program was first announced it was considered a boon for traditional asset managers looking for direct access to mainland China’s wealthiest investors. However, the Chinese government keeps a close eye on capital outflows from the country, and in 2015 the QDLP program was informally put on pause when the Chinese stock market plummeted 40% and Chinese citizens began pushing harder to move their assets to countries they deemed to be safer investments.

Nevertheless, two years down the road, Chinese regulators are feeling more optimistic about capital outflows, and are considering resuming the QDLP program. This is a sign that despite ongoing pressure to maintain the exchange value of the yuan, the Chinese government is still committed to integrating more Chinese industries into the world market.

Naturally, Chinese authorities are being cautious in their resumption of the QDLP program. In the past, licenses and quotas had been issued in batches. In this round, roughly half a dozen licenses will be issued, and the quota per manager will be lowered from $100 million per manager in previous rounds to between $50 million and $75 million.

Looking to the future, this move means that more foreign asset managers are going to be able to access Chinese investors more easily and compete with domestic firms for their business. Furthermore, it is indicative of the continued opening of foreign markets to Chinese citizens. Going forward, there will likely be more programs enacted to facilitate capital flows in and out of China.