One reasoning behind this is that Internet has not yet been accessible in many rural areas, suggesting that there is a hindered demand and therefore believed to have a huge potential to grow. If the growth does occur, investors will likely profit.

More interestingly, after China’s growth surge to becoming the world’s largest online market, it was predicted that the tech revolution would emerge from the e-commerce sector. Currently, Alibaba Group dominates the Chinese e-commerce market, while Tencent has widely developed in most sectors of Internet and Technology including Internet finance and mobile applications. By the year 2020, China’s e-retailing market will add up to the total combination of the U.S., Japan, the UK, Germany, and France’s markets, according to research analysts, McKinsey & Company.

As the government leans toward preventing further slow downs and taking measures to continue its hastening growth from last quarter, the market view on China is steadily looking more positive, making it hopeful for a positive outlook on returns. Additionally, the increase in disposable income to raise smartphone sales and further grow the nation’s Internet usage is promising.

Further foreseen is the great prospect for Chinese technology companies who are encouraged to make public offerings in the U.S. Trading at lower multiples than Facebook and Google, such attractive shares on the valuation front include the powerful Internet service portals Tencent and Baidu. Seeing that Chinese technology will continue to thrive, Zacks Equity Research, China concept stock expert, predicts the following three varied Chinese ETFs that are expected to perform well: Guggenheim China Technology ETF (CQQQ), Global X NASDAQ China Technology ETF (QQQC), and CSI China Internet ETF (KWEB). Each is comprised of a large portion of tech users in China, mainly from Baidu and Tencent.

With a further enlargement of Internet usage population and greater numbers of Chinese tech companies in the stock market, this would positively influence China’s current and future technology market. Moreover, staking on Chinese technology stock in general has a strong growth potential and would overall increase investors’ total portfolio returns. 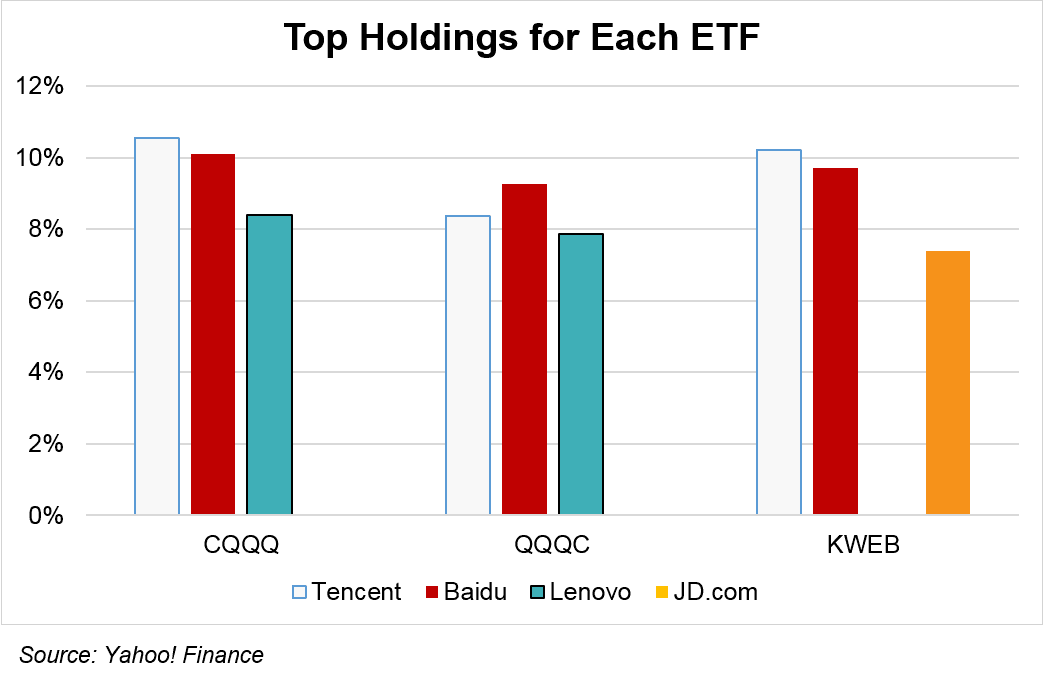 More in this category: « Lagging Growth: Chinese Stock Market Trading Volume Why Did JD.com Suddenly Decide to List on NASDAQ? »
back to top