China’s Circuit Breakers ineffective against the market turbulence. Have the regulators implemented the right market measures?

It will come as no surprise to the avid watchers of the Chinese stock market that China’s start to 2016 has not been a success by any means. The CSI 300 index of blue chip stocks plummeted by 5% on Thursday 7th January, prompting the newly implemented circuit breakers to kick in and suspend trading for 15 minutes in order to remediate market volatility.

During this period, regulators had expected traders to relax their trading positions and calmly await for the reopening of the market, however; this only intensified the situation, causing nervous traders to dump their stock – resulting in the CSI 300 falling by 7% overall.

From our perspective, circuit breakers may not have been the most appropriate measure to stabilize the market fluctuations, due to the ‘magnet effect’ often experienced during the time the circuit breakers kick in. The ‘magnet effect’, a term defined by the Hong Kong Securities and Futures Commission in 2001, was noted to have acceleratory affects to adverse price movements. Thus, with this information at hand, the regulators may have implemented these measures in haste as a ‘quick fix’ while they struggle to find more appropriate tools take control of the market.

As a consequence of the turmoil in early January, the PBOC cut its reference rate causing the Yuan to depreciate to one of the lowest values seen in the past five years. One might think that this is a domestic Chinese market issue with limited affects on other markets, however; it was seen that China’s volatility caused deflationary affects in western nations, including the decrease in the U.S.’s equity index futures contracts.

However, even though a weaker Yuan would in essence promote an increase in China’s export sector whereby foreign nations purchase cheaper goods, it is not a positive sign for China’s foreign-currency borrowers who are undoubtedly anxious by the volatility.

It was thought that China’s circuit breakers would result in effective measures against such problematic trading issues, however; they have only proved mildly effective. China’s equity exchanges closed just 30 minutes after they had opened on January 7th as the Circuit Breakers were initiated. Some analysts have criticized the circuit breakers, stating that they may have even caused further volatility as investors rush to exit positions before the lockout procedure initiates.

It is expected that China’s regulators will take these incidents as a lesson for implementing more successful measures during 2016 in order to focus on stabilizing such occurrences more effectively in the future. The regulators’ decision to introduce circuit breakers and then remove them right after the price volatility on the same day seems to indicate that the regulators have not thought carefully about the correct measures. It is expected that China will take all necessary precautions to ensure it creates a more stable and fruitful trading environment throughout 2016 – let’s just hope they are the right ones. 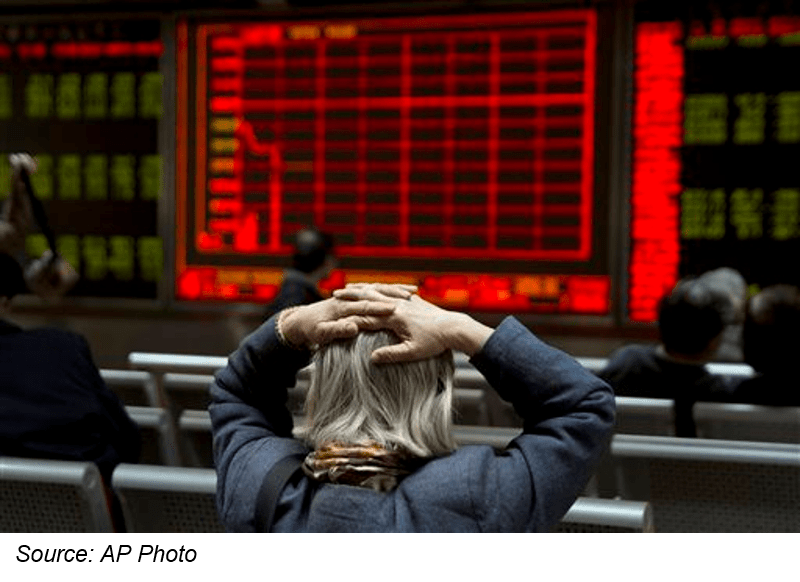 More in this category: « Recent development of the situation in the stock market presents opportunities for investors and regulators The new rules for China’s outbound investment QDII program »
back to top
© 2007 - 2021 Kapronasia