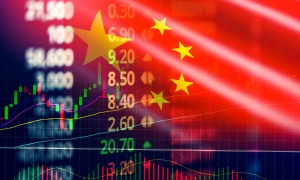 The government crackdown on China’s tech sector has had many far-reaching effects, among the most consequential the reorientation of the country’s capital markets ecosystem away from consumer-facing platform companies and towards a state-guided deal pipeline focused on strategic industries. E-commerce, fintech, ride hailing and home sharing are out, while advanced manufacturing, artificial intelligence, 5G telecommunications and renewable energy are in. Big-ticket mainland IPOs are becoming more common, especially with the advent of the Shanghai STAR board, China’s answer to the Nasdaq.

China’s long consumer tech boom ended in November 2020 when Chinese regulators abruptly pulled the plug on Ant Group’s IPO. The dual Shanghai-Hong Kong listing was expected to raise more than US$34 billion, which would have made it the biggest IPO of all time - even bigger than Alibaba’s.

Sensing strong regulatory headwinds, other Chinese consumer tech firms and their fintech units, such as JD Digits, shelved their IPO plans. Since late 2020, such listings have tailed off. Didi Chuxing, an exception to the rule who listed on the NYSE in June 2021, has paid a heavy price for its decision that irked regulators concerned about data security. The company voluntarily delisted in May to cooperate with a Chinese government cybersecurity probe. It will also likely pay a stiff fine exceeding US$1 billion for its data security violations.

At the same time, China’s zero-Covid policy has introduced a heretofore unseen level of unpredictability into its economy. While Beijing largely succeeded in stamping out the contagion in the first two years of the pandemic, the hyper-contagious omicron variant is too mercurial to eliminate. The Chinese economy, weighed down by lockdowns, expanded just 0.4% in the second quarter.

Amid a high level of regulatory uncertainty, some global investors, long bullish on China because of the potential they saw in firms like Alibaba and Tencent, are reducing their exposure to the country. Carlyle Group Inc.’s new US$8.5 billion Asia fund will have a “lower-than-normal exposure to China” and give greater weight to South Korea, Southeast Asia, Australia and India, according to Bloomberg. Research by EPFR Global shows that allocations to China among emerging-market equity funds are at their lowest level in three years.

The state leads the way

Because China’s tech crackdown is relatively recent, the absolute effect on the market capitalization of its largest private-sector firms remains small for now. However, there is a clear downward trend. In a March paper, the Washington, D.C.-based Peterson Institute for International Economics (PIEE) noted that the private sector’s share of the market value of China’s largest listed firms rose from 8% in 2010 to more than 50% in 2020, before falling to 48% in 2021.

The Financial Times estimates that between June 2021 and June 2022, listed Chinese tech firms lost nearly US$2 trillion in value. Absent clear regulatory support for consumer tech, that situation will not improve.

Beijing has been intent on reigning in what it sees as “a disorderly expansion of capital,” which some analysts interpret narrowly as cash-rich tech juggernauts who have harmed consumer interests with monopolistic practices and a failure to safeguard user data. China has certainly disciplined those companies, fining Alibaba US$2.8 billion in a landmark anti-trust case, calling off Ant Group’s IPO and forcing the firm to restructure, effectively compelling Didi Chuxing to delist from the NYSE, fining Meituan US$530 million in another anti-trust case and ordering Tencent to restructure its financial units.

But there are clear signs that such disciplinary action is merely the tip of the iceberg, and that the state intends to play a greater role in setting the direction of the overall Chinese economy. FT notes that in the decade since 2012, China’s “government guidance funds” have raised more than US$900 billion to ensure industries favored by the state receive adequate early funding.

Chinese President Xi Jinping’s remarks made while visiting a manufacturing firm in 2018 offer insights into Beijing’s ethos. "The real sector is the foundation of a country's economy and the source of wealth. Advanced manufacturing is a key to the real economy, and development should never deviate from the real sector toward the virtual one," he said, according to a Dec. 2021 report by state-run Xinhua.

Under Xi’s leadership, “financial resources have flowed into industries, including agriculture and manufacturing, while state-of-the-art technologies such as artificial intelligence and 5G are encouraged to reinvent the industrial sector,” the report noted.

Since 2020, an increasing number of large Chinese IPOs have been in the state’s preferred sectors. Semiconductor Manufacturing International Corp’s (SMIC) debut on the Shanghai STAR board raised US$6.6 billion, making it the largest IPO on the mainland in a decade at the time. China Mobile’s Shanghai debut was also a blockbuster, raising US$8.8 billion from investors in December 2021.

Not only are more firms in Beijing’s preferred industries going public, the listings are also increasingly happening on the mainland rather than in New York or Hong Kong. The Didi debacle last June effectively froze the New York deal pipeline. Hong Kong continued to be active through the end of 2021, though activity trailed off as a global bear market set in earlier this year and China’s tech crackdown failed to ease. Dealogic data show that Hong Kong IPOs raised just US$2.4 billion in the first half of 2022, a 90% decrease from a year earlier and the worst performance since 2009.

Onshore listings are faring much better. Deloitte estimates there were 160 IPOs on the mainland in the first six months of the year that raised RMB 310.9 billion, down 31% from the 245 listings a year earlier but an increase of 49% in the amount raised. The Shanghai Stock Exchange led the world in funds raised in the first half of the year with US$32.8 billion, accounting for 34% of the global total. For the first time, proceeds from the STAR board surpassed those from the main exchange, buoyed by a flurry of semiconductor and other strategic tech listings.

For its part, the Shenzhen Stock Exchange led the world in the number of IPOs from January to June. Its 81 deals accounted for 13% of the global total.

The second half of the year could see at least one more big-ticket mainland IPO. Bloomberg reckons that Syngenta, the Switzerland-headquartered seed and fertilizer giant owned by China National Chemical Corp., could aim to raise up to RMB 65 million ($9.7 billion) in a listing on Shanghai STAR board before the end of the year. At nearly US$10 billion, it would be one of the largest IPOs of 2022 globally.

Though Chinese firms are increasingly listing on the mainland, they still need to sometimes access capital from global investors. As China’s premier offshore financial center, Hong Kong has played that role for Chinese firms and will continue to do so in the future. To be sure, its capital markets have been in a slump this year, but an easing of the tech crackdown and lockdowns could allow them to recover swiftly.

New York, on the other hand, no longer looks like a great bet for Chinese companies. While the Nasdaq and NYSE offer superior liquidity, Chinese firms aiming to list in New York face resistance from both Beijing and Washington. The Chinese government has not forbidden Chinese companies from going public in New York, but has made clear it would prefer them to raise capital offshore in Hong Kong. The U.S., meanwhile, may delist hundreds of Chinese companies due to a dispute with China about audits that Beijing has long resisted on the grounds they would violate its state secrecy laws. U.S. legislation passed in 2021 gives the companies three years to comply with the U.S.’s auditing requirements, so time is running out to reach a deal that would be acceptable to both sides.

If a deal is not reached, 261 U.S.-listed Chinese stocks worth US$1.3 trillion could be forced to exit the U.S.’s capital markets in 2024, or possibly earlier if a China competition bill being debated in Congress that includes a provision to shorten the delisting deadline to March 2023 passes. While many could relist in Hong Kong or possibly the mainland, there could still be a detrimental effect on their finances, while the optics would be poor for Beijing. No capital markets are as liquid or prestigious as America’s.

Prospects for a compromise still look shaky for now. American regulators want to comprehensively audit all Chinese firms listed on U.S. exchanges, while Beijing reportedly wants a deal that prevents U.S. audits of companies the Chinese government considers as holding sensitive information. These include technology companies and state-owned enterprises.

For his part, U.S. Securities and Exchange Commission Chair Gary Gensler has stated that full compliance with U.S. rules are nonnegotiable. “It’s up to the Chinese authorities, and it could be frankly a hard set of choices for them,” he told Bloomberg in March.

Though the state and companies it deems to be in the so-called “real economy” are playing an ever-larger role in China’s capital markets, such firms can only attract so much interest from investors. Further, consumer technology firms play a vital role in China’s economy from the standpoint of employment, the wide variety of goods and services they provide and as some of the nation’s foremost technological innovators.

With that in mind, we expect Beijing will begin easing its tech crackdown later this year, most likely after the Party Congress – which will probably be held in October – wraps up. Most of the affected companies have made significant progress on restructuring as required by regulators. At the same time, China’s Politburo in April said it would “complete the special rectification of the platform economy" and launch measures to support its development.

The reality is that China is facing a tough challenge meeting its 5.5% GDP growth target this year, especially with the economy barely growing in the second quarter. A rejuvenated consumer tech sector could make a big difference in the performance of the Chinese economy in the third and fourth quarters.

The biggest question mark is Ant Group’s IPO. Chinese regulators have reportedly given the Chinese fintech giant permission to revive its dual Shanghai-Hong Kong IPO. Sources Reuters spoke to said the process could begin as early as July, but even if it takes longer than that, the news is welcome. To be sure, the listing will not be as large as originally planned in 2020. Still, it will be a blockbuster. In March, U.S. private equity firm Warburg Pincus, a key investor in Ant's 2018 private fundraising, lowered its valuation of Ant to roughly US$180 billion from US$221 billion one year earlier, according to Reuters. At the time of its original IPO, Ant was valued at almost US$314 billion.

Just as Ant’s abortive November 2020 IPO marked the beginning of China’s tech crackdown, the restarting of the process and successful completion of the deal would signal that the worst was over – and that other consumer tech firms could renew their own shelved listing plans. It would be the best development for China’s capital markets ecosystem in a long time.

More in this category: « How are Chinese firms’ IPOs changing? Why is Alibaba planning a primary listing in Hong Kong? »
back to top