Ant Financial IPO said to be back on track 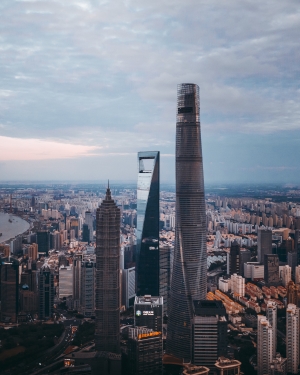 Chinese fintech giant Ant Financial is reportedly working with banks to restart a long-stalled initial public offering. In its most recent fundraising round, held in June 2018, Ant was valued at US$150 billion. With a price tag like that, when Ant does go public, the listing will be pathbreaking for Asian companies. The company has not given a timetable for the IPO, but Credit Suisse and China International Corp. are involved in initial preparations, according to The Financial Times.

Ant Financial's IPO was most recently delayed in mid-2018 following a loss in the first quarter of that year. Conditions have not been optimal to go public. Beijing has been cracking down on fintech firms of one kind or another for several years now. While Ant is too big to fail, that does not mean it is immune to pressure from regulators or disgruntled incumbents.

From late 2017, the Chinese government began tightening scrutiny of internet finance, with an eye on controlling systemic financial risk. It first focused on wiping out the trade of cryptocurrency, seen by regulators as a conduit for money laundering and capital flight. In that goal, Chinese authorities have largely succeeded. Next, Beijing went after peer-to-peer lending firms, which have been involved in scams that have robbed some Chinese retail investors of their life savings. That crackdown is ongoing.

To be sure, Beijing still considers fintech good for the Chinese economy. That can be seen in its continuing support for cashless payments as well as microlending - with some caveats. Beijing knows that incumbent financial institutions cannot cover all of the financial needs of China's consumers and businesses, particularly individuals without a substantive credit history and cash-strapped SMEs.

Among Chinese fintechs, Ant Financial has pride of place. The company is the internet finance arm Alibaba, China's foremost e-commerce firm. Ant Financial is the largest shareholder in MyBank, one of just two neobanks in the entire China market. The other, WeBank, is owned by internet giant Tencent. From its inception in 2015 to mid-2019, MyBank lent RMB 2 trillion ($290 billion) to about 16 million SMEs, according to Fortune. Only a company with strong support from the central government would be allowed to develop that large a loan portfolio.

According to The Financial Times, Ant is mulling a dual-share listing in Hong Kong and mainland China, which would make it easier to sell shares for both renminbi and dollar investors. When Ant does go public, some heavyweight investors that participated in its mammoth US$14 billion 2018 fundraising round will be able to cash out, notably Singapore's GIC and Warburg Pincus. International firms who invested in Ant during that fundraising round did so through Ant's wholly-owned offshore subsidiary, Ant International. When the company lists, those holdings are designed to be converted into shares.

More in this category: « Will Macau launch a stock exchange? What went wrong at China's Starbucks rival Luckin? »
back to top
© 2007 - 2021 Kapronasia