2 listings are better than 1 for Ant IPO 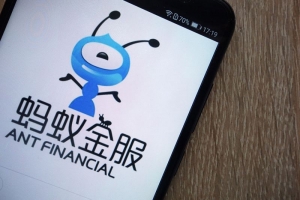 For the IPO of China's fintech giant Ant Group, two listings are better than one. Instead of going public only on the Hong Kong Stock Exchange or the Shanghai STAR Market, Ant plans to list on both. Ant has not disclosed the size of its coming IPO, but the firm is reportedly valued at US$200 billion, up from US$150 billion during its 2018 fundraising. Ant reportedly plans to sell 10% of its shares through the twin listing, which could come this year or in 2021. An uncertain market outlook will inevitably weigh on timing.

A dual-share listing in Hong Kong and Shanghai may offer Ant and investors the best of both worlds. Ant can reach a larger base of potential investors onshore and offshore, while making it easier for both renminbi and dollar investors to sell shares. Among Ant's current foreign investors are the Singaporean sovereign wealth funds Temasek and GIC, private-equity giant Carlyle and the Canada Pension Plan Investment Board. Many Ant employees also own stock in the firm.

At the same time, Ant's listing in Hong Kong will further cement the city's status as the preeminent global financial hub for Chinese firms. The Hong Kong IPO market has performed well this year amid the pandemic, although down somewhat from 2019. If Ant lists before the end of the year, the total amount of capital raised on the HKEX in 2020 may yet rise year-on-year.

The Nasdaq-style Shanghai Star Board looks more attractive to Ant now that it has a registration-based IPO system and no longer imposes a valuation ceiling of 23 times earnings for IPOs. In a statement, Ant executive chairman Eric Jing noted "innovative measures implemented by SSE STAR market." Ant's listing will give a big boost to Shanghai STAR, which was launched in 2019 to create a domestic exchange for ascendant tech startups.

That its IPO is imminent suggests Ant has cleared regulatory hurdles that emerged in recent years as the company grew exponentially, expanding from payments into micro lending, credit rating and wealth management. Beijing has been pressuring fintechs to focus on "tech" and instead of "fin," which it sees as more secure in the hands of banks.

“Becoming a public company will enhance transparency to our stakeholders, including customers, business partners, employees, shareholders and regulators. Through our commitment to serving the under-served, we make it possible for the whole of society to share our growth,” Jing said.

Ant's decision to eschew U.S. capital markets comes as no surprise given escalating U.S.-China tensions. The Nasdaq recently tightened regulations in a move that will make it harder for Chinese firms to list on that exchange. In May, the U.S. Senate passed a bill that could result in some Chinese firms delisting from U.S. exchanges.

U.S. investors may still be able to tap the Ant IPO through indirect means. Those could include Renaissance Capital’s International IPO ETF (IPOS), which invests in recently listed overseas companies, according to CFRA Research. ETFs focused on China such as iShares MSCI China ETF (MCHI) and the SPDR S&P China ETF (GXC) may also add Ant's stock to their portfolios, Todd Rosenbluth, CFRA's senior director of ETF and mutual fund research, told CNBC.

More in this category: « London may attract more IPOs from China Shanghai's STAR board shakes up China's capital markets »
back to top