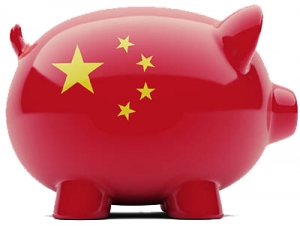 Peer-to-peer lending in China is cratering amidst a heavy-handed government crackdown aimed at stamping out fraud in the once-booming online loan sector. Nationwide, authorities are tightening the screws on the $176 billion industry. By some analysts' estimates, the crackdown could wipe out up to 70% of China's P2P firms. Among the most recent major firms to call it quits is Shanghai-based Yidai, who kicked off 2019 by announcing it was exiting P2P lending. Its 32,000 lenders (with a principal balance of RMB 4 billion) would be repaid within five years, the company said.

"The huge losses suffered by the masses [the people] are irreparable," Xinhua quoted Wang Zhiguang, deputy director of the Economic Crime Investigation Bureau of the Ministry of Public Security, as saying.

It has been a steep fall for P2P lending and its backers. It wasn't so long ago that techno-optimists hailed its rise as the savior of Chinese small businesses and individuals, whom banks view as risky borrowers and often deny loans. Well yes, in theory, online lending can serve precisely those underbanked markets. But it was too much, too soon, growing from virtually nothing in 2012 to a $100 billion industry within a few years. Meanwhile, a lack of regulation fomented malfeasance, most notably the Ezubao Ponzi scheme that defrauded 900,000 investors out of $7.6 billion before it finally unraveled in 2016.

Techno-optimists should keep in mind that internet platforms only go as far in China as the government wants them to. Protecting incumbents may play a role in Beijing's calculations, but the government is more concerned about systemic financial risk - and by extension, social stability.

"Faced with the grim situation of illegal fundraising cases, the public security organs will continue to intensify their crackdown in accordance with the law," Xinhua quoted Beijing judge Jiang Yongyi as saying.

With that in mind, it comes as no surprise that some big investment banks are shying away from Chinese P2P IPOs. In a January 24 report, Bloomberg said that Goldman Sachs, Citibank, Credit Suisse and JPMorgan Chase walked away from deals in the latter months of 2018. The banks worried about the outlook for Chinese P2P providers, the report said.

Still, 360 Finance listed on the Nasdaq in December 2018, raising $51 million from investors including Citigroup. Citi worked on the IPO "because its dealmakers believe 360 Finance will be a source of repeat business," according to Bloomberg.

More in this category: « Germany presses China to opens its financial sector Ant Financial acquires WorldFirst for $700 million »
back to top