Why is Tencent investing in European fintechs? 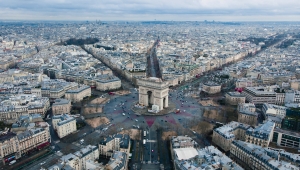 Tencent is stepping up its fintech investments outside of China, where it and Alibaba's fintech arm Ant Financial effectively have a market duopoly. One approach for Tencent is direct expansion - the launch of WeChat Pay in international markets. That's a good idea in any country frequented by Chinese tourists or business travelers.

But direct expansion only goes so far, especially in developed economies. Tencent doesn't expect consumers in Europe or the United States will opt for WeChat Pay instead of Apple Pay, Google Pay, or apps created by local banks and fintechs. Instead, the Shenzhen-based company is taking strategic stakes in ascendant startups, including French mobile payment app Lydia and challenger bank Qonto. These investments will give Tencent a chance to grow its fintech business in Europe through local rising stars.

Tencent led Lydia's recent US$45 billion Series B funding round, which included participation from existing investors CNP Assurances, XAnge and New Alpha. Lydia is among the most widely used mobile payment app in France, particularly among young adults. 1/4 of French people between 18 and 30 use Lydia, according to Tech Crunch. The app has 3 million users and is reportedly adding 5,000 new ones daily.

Lydia's executives say that the company wants to become a mobile financial services app that offers customers a suite of financial services - "a meta-banking app." Some of the services will be Lydia's. Others will be offered by third parties. The idea is to create a financial hub within the app. They highlight WeChat's success in building out its digital banking services. WeChat Pay began as a basic e-wallet before gradually launching a much larger variety of services.

However, with the exception of its merchant partners outside of China, WeChat Pay does not rely heavily on third parties for its digital banking services. In that regard, it differs from Lydia's vision.

The cash from the Series B funding round will support regional expansion. Outside of France, Lydia doesn't yet have a large footprint.

Tencent also co-led a US$115 million Series C funding round for French B2B challenger bank Qonto. Qonto says the round is the largest to date for a French fintech. After launching in France in 2017, the company expanded to Germany, Italy and Spain two years later. It has 65,000 SME customers and processed 10 billion euros in transactions in 2019.

Qonto's focus on SMEs and freelancers in Europe separates it from the pack. The market segment is underserved - unlike retail banking - while regulatory hurdles are modest. A fintech firm licensed in one EU/EEA state (in Qonto's case, France) can enter the European single financial market with relative ease. It is typically not necessary to establish offices and pass licensing procedures in the other member states. Qonto has a payment institution license (the first B2B neobank in Europe with this license) and is expected to get a credit institution license by year-end. In a statement on its website, Qonto said, "We are on our way to becoming a fully-licensed European bank in 2020!"

More in this category: « Who will be the biggest winners in China's P2P crackdown? Will Financial Services Community Cloud Slow Down China's Fintech Ambitions? »
back to top