Who will be the biggest winners in China's P2P crackdown? 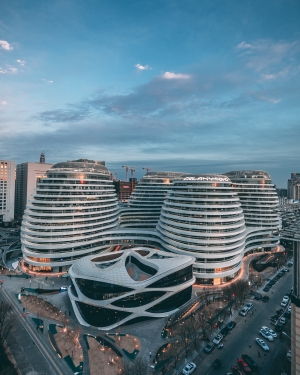 No China fintech segment has fallen faster and harder than peer-to-peer lending. Not even cryptocurrency, which Beijing all but outlawed, has been crippled like P2P lending. The reason is simple: The scam-ridden P2P lending segment robbed hundreds of thousands of retail investors of their life savings. Some distraught victims even committed suicide. There were massive Ponzi schemes.  Ezubao, a now defunct P2P lender which was based in Anhui, defrauded US$7.6 billion from 900,000 investors before it imploded. A Beijing court sentenced Ezubao's founder to life in prison in 2017. Shanlin Finance, which was based in Shanghai, swindled US$9 billion from investors before authorities broke it up in 2018.

In Beijing's view, scams of that size threaten social stability. With that in mind, the government had no choice but to crack down on the largely unregulated segment. To be sure, Beijing's dragnet has snagged some compliant lenders as well as miscreants. Yet, from the government's perspective, that's a small price to pay to assert control over the industry and reduce systemic financial risk. As of the end of 2019, just 343 P2P firms were still operating, down from 6,000 at the sector's 2015 peak. Authorities in Gansu, Hebei, Hunan and Sichuan Province as well as the municipality of Chongqing shut P2P lending down completely.

In November, China gave existing P2P lenders two years to exit the industry. There are strict capital requirements if the firms want be transformed into qualified lenders. To become a regional small loan company,  RMB 50 million in capital is needed. To operate on a national level, RMB 1 billion is required. The new requirements are intended "to reduce the loss of creditors, maintain social stability and prompt orderly development of inclusive finance," China’s Internet Financial Risk Special Rectification Work Leadership Team Office (an online lending regulator) said in a statement.

The crackdown shows no signs of abating. In early January, authorities in Shanxi Province reportedly shut down 26 P2P firms, according to state-run Xinhua. They also found 15 other non-compliant P2P businesses which are required to exit the market by June.

Even as P2P lending withers in China, demand for online lending will remain robust. If consumers cannot borrow money through P2P platforms, they will look elsewhere. Expect Beijing's trusted fintech titans to pick up the slack up for the ailing P2P lending segment. Microfinancing remains readily available in China through platforms like Huabei, the microlending arm of Ant Financial.  Huabei has already become one of China's top providers of personal credit lines. Most users have credit lines of below RMB 6,000 and the average outstanding balance is about RMB 1,000, according to data cited by The Wall Journal in December.

Delinquency rates on Huabei’s loans are relatively low, similar to what's typical for credit cards in China, The Wall Street Journal found. 1.6% of Huabei's loans were over 30 days overdue as of June, while 1.2% were more than 90 days past due.

More in this category: « There is no China-US financial war - yet Why is Tencent investing in European fintechs? »
back to top