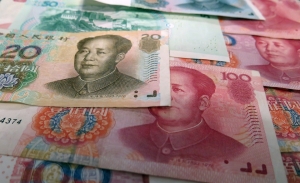 Some optimists in the financial community even foresaw a free-floating renminbi and full convertibility of the capital account within a decade. Fast forward to 2019 and you'll discover that projection may be a tad wide of the mark. Senior Chinese policymakers still play up renminbi internationalization, but they haven't moved to let the currency float or open the capital account. It wasn't necessary to take those steps a decade ago, but today stalled financial reforms are hindering Beijing's aspirations for a currency that can compete with the dollar.

In 2019, the yuan is the No. 8 most traded currency, according to the Bank for International Settlements. That's the same spot it occupied in a previous BIS survey done in 2016. While China has grown considerably as a forex trading center, up 86% over that three-year period (compared to a 27% global average), the total turnover is 1.6% of the global total - and just 1/5 of Hong Kong's, The Wall Street Journal noted.

Compare the yuan's performance to the U.S. dollar's over the same period. The dollar was on one side of 88% of all currency trades, while the yuan was part of just 4.3% of trades. In 95% of all renminbi-denominated transactions, the dollar was the second currency, according to The South China Morning Post.

The yuan's share of trades wasn't even close to the Japanese yen's (17%) or the euro (32%), indicating just how far it has to go before becoming a global reserve currency - never mind dethroning the greenback.

Some analysts attribute lukewarm investor use of the yuan to China's steady economic deceleration, which is causing the Chinese currency to depreciate against the dollar and raising production costs. In late August, the yuan slumped to 7.14 against the greenback, a level not since shortly before Beijing hosted the Summer Olympics.

To be sure, China faces tough economic conditions. The trade war with the U.S. and a long deleveraging campaign are taking a toll. But those aren't the main reasons that renminbi internationalization is stalled. Rather, Beijing just won't give up control over fundamental aspects of its financial system. The government's concerns about capital outflows and managing systemic risk far outweigh its desire for a truly global renminbi. In some ways, Beijing's caution is justified. The Chinese economy faces a more daunting environment than any time since economic reforms began in 1978.

In the meantime, as long as Beijing retains a closed financial system and controlled exchange rate, the yuan will remain a currency predominantly used in China for domestic trade settlement. Eugenia Fabon Victorino, Skandinaviska Enskilda Banken’s head of Asia strategy, summed up the dilemma Beijing faces in a September interview with The South China Morning Post: "No matter how much money inflows you are encouraging, the currency is still not very free if you do not allow outflows,” he said.

More in this category: « Is the slowing Chinese economy accelerating financial reform? China to remove foreign ownership caps on fund companies from April 2020 »
back to top
© 2007 - 2021 Kapronasia