What does China mean by ‘healthy’ fintech development? 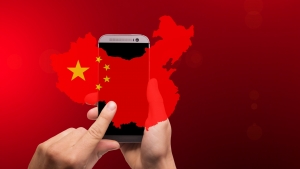 China has been cracking down on fintech in one form or another since September 2017 when it set out to clip the wings of its then flourishing cryptocurrency industry. Next up on the chopping block was peer-to-peer (P2P) lending. Both industries are shells of their former selves, which suits Beijing just fine given their risk profiles. However, the crackdown on China’s systemically important tech companies has had ripple effects in the broader economy and China’s leadership recently signaled that a change of direction may be near.

It is essential to understand that the regulatory travails that Ant Group, Tencent and other Chinese tech companies are intertwined with politics. The catalyst for the crackdown was probably Jack Ma’s pointed remarks about China’s financial regulators at an October 2020 event in Shanghai. That is not to say had Ma been more diplomatic that China’s tech giants could have avoided regulatory ire. After all, the companies had probably become a bit too dominant for their own good, at least in part due to somewhat monopolistic practices. And with their massive market capitalizations, vast data troves and ubiquitous reach (domestically), yet private ownership, they constituted potential rival power centers to the state.

Secondly, Ant Group and WeChat Pay may have started out in digital payments but they quickly expanded into more lucrative territory usually covered by banks. Sure, they worked out a way to cooperate with incumbents, but from a regulatory perspective, they were acting like banks without being regulated like banks. This situation was not tenable.

More than a year has a passed since they and other Chinese fintechs were ordered to restructure. Not only have many regulatory requirements been met, but the Chinese economy also has been adversely impacted by the zero-Covid policy, the Russia-Ukraine war and high inflation. At a recent live-streamed event, Wang Yiming, an adviser to the monetary policy committee of the People’s Bank of China (PBoC) said that "difficulties remain for the 5.5% [GDP growth] target," though the economy may rebound strongly in the second half of the year.

The rebound is likely to be strongest if Beijing removes some of the constraints on its most successful consumer-facing tech companies. These firms and others in the private sector are the primary engines powering China's economic growth, not the state sector.

On June 23, China’s state media reported that Chnese President Xi Jinping chaired a top-level meeting that day that approved a plan for the “healthy development” of China's large payment firms and fintech sector. The meeting noted that China will boost the supervision of large payment firms to combat systemic financial risks and will support platform companies in servicing the real economy. Further, Beijing recommends fintechs “return to their roots,” likely a recommendation they focus more on payments and less on certain banking services.

Due to the size of China’s market, and growing cross-border payments opportunities, Ant and other Chinese fintechs could still thrive with less of a focus on digital banking services. However, they would not be able to achieve the same kind of dominance in different segments of digital finance as they did in the mid-2010s when regulators were more permissive.

In Ant’s case, the digital banking know-how it built up in China over the past decade or so could be applied in business ventures outside the mainland, such as Ant Bank in Hong Kong and ANEXT, the Ant-owned digital lender that recently launched in Singapore. Ant has also invested in digital banking ventures in other Southeast Asian countries like Indonesia.

Meanwhile, in mid-June Reuters reported that China's central bank has accepted Ant Group's application to set up a financial holding company, a key milestone in the company’s restructuring process.

More in this category: « How is renminbi internationalization evolving?
back to top