What are the implications of Ant Group’s consumer finance transition? 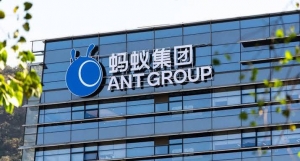 It has been an eventful seven months for Ant Group, with more downs than ups. Ever since the suspension of its anticipated blockbuster IPO in November 2020, the fintech giant has been trying to satisfy a long list of regulatory demands to restructure its operations. Regulators have been especially concerned with what they perceive as a highly risky (and previously, lucrative) consumer lending business. With that in mind, Ant gaining approval to operate its new consumer lending unit Chongqing Ant Consumer Finance within six months is an important step in the right direction.

Ant will hold a 50% stake in Chongqing Ant Consumer Finance, while six other shareholders will hold the rest. They include the two state-owned financial institutions Nanyang Commercial Bank (15.01%) , a subsidiary of China Cinda Asset Management Co., and China Huarong Asset Management Co., a large manager of distressed assets  (4.99%). China’s largest maker of lithium batteries for vehicles, Contemporary Amperex Technology Co., has an 8% stake.

According to a China Banking and Insurance Regulatory Commission (CBIRC) statement, Chongqing Ant can now operate its yuan-denominated business, including consumer finance lending and related insurance product sales and advisory services, nationwide. It can also invest in fixed income and other businesses approved by the CBIRC.

With the advent of Chongqing Ant Consumer Finance, Ant will completely rejig its consumer lending practices, transforming from a microlending platform that depended on banks to fund loans and offloaded lending risk to them into a consumer finance firm that will fund and take on the risk of the loans it makes. Under its erstwhile operating model, banks were willing to fund loans for Ant and accept losses on bad debt because the company provided them with useful data and technology that brought in more business.

According to sources cited by The Wall Street Journal, Chongqing Ant Consumer Finance may also offer some loans together with banks. Under that scenario, the consumer-finance firm would supply at least 30% of the funds—and take on the related default risk— and banks the remainder.

Prior to Ant’s nixed IPO, the company seemed too big to fail – in any way. That is one reason the IPO suspension took so many seasoned market watchers by surprise. Yet, Ant’s systemic importance to digital finance in China will help it to eschew the fate of China’s crypto and P2P lending firms, which have been largely forced to close down as a result of sustained crackdowns. Bitcoin miners are the latest to be put out of business.

China’s regulators see little upside to regulating firms that they see as primarily destabilizing the financial system. With its financial inclusion credentials, Ant is a different story. As long as the fintech giant is willing to be regulated like a bank, it can stay in the game and perhaps even thrive again - but with more modest margins and growth than in the past. Investors should take that into account when the company restarts the IPO process.

More in this category: « Fintech firms face an uncertain future in China China forays into green finance »
back to top