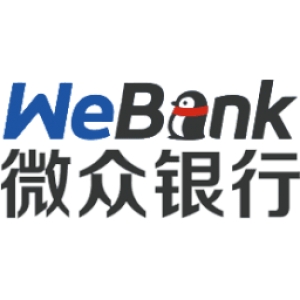 Indeed, WeBank is about as far from a white elephant as a fintech unicorn can get. How did WeBank manage to succeed so quickly? The answer is multifold. To begin, China's unique market conditions provided WeBank fertile ground on which to grow. China's traditional lenders have weak digital capabilities and like many banks globally, prefer lending to customers with excellent credit. Before internet finance took off, that prevented many Chinese from getting loans through the traditional financial system. When WeBank and the Alibaba counterpart MyBank opened for business, they had a huge hungry customer base awaiting them.

At the same time, WeBank faced few competitors, despite operating in the world's largest banking market. WeBank's only serious competitor thus far has been Alibaba's MyBank. The Chinese government may eventually allow foreign neobanks to enter China, but by the time that happens, WeBank's position could be unassailable.

A recent Forrester report highlighted WeBank's success. The report noted that WeBank leveraged Tencent's digital ecosystem to keep costs low (and thus interest rates lower than those offered by traditional lenders), and efficiently evaluate the creditworthiness of loan applicants. In 2019, WeBank's average annual IT cost-per-account is USD $0.50, compared to US$3 to US$15 for most incumbents. Customers can be approved for a loan in less than five seconds and receive the funds in less than a minute, the report said.

WeBank has had a cordial relationship with Chinese regulators because the neobank supports China's economic growth. Although Beijing's enthusiasm for the private sector waxes and wanes, it knows very well that lean private businesses drive the Chinese economy, not the bloated state sector. WeBank's typical SME customers are firms with about 10 employees. 2/3 of them get their first-ever loan from a financial institution from WeBank. The average loan size is US$30,000.

In a recent press release, WeBank said it "embraces the 'ABCD' of fintech": artificial intelligence, blockchain, cloud computing and big data. We're not sure about the accuracy of that acronym ("big data" starts with a "b") but Tencent is certainly capable in the aforementioned technologies. The company says that its chatbot handles 98% of inbound customer inquiries, while its eKYC facial recognition solution has fulfilled over 640 million identity verification requests. It further says that it is the first bank in the world to 1st bank to fully deploy its core banking systems on private cloud.

Tags:
More in this category: « Do China, Russia and India want to create a SWIFT alternative? Ping An's fintech unit opts to list in New York instead of Hong Kong »
back to top